Congregation for Doctrine of Faith Meets With Society of St. Pius X 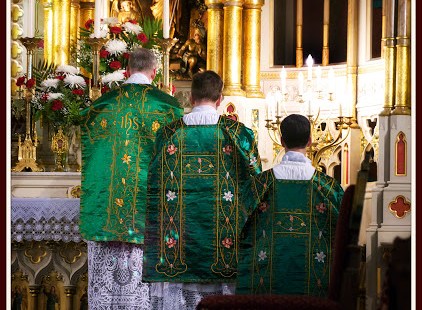 During the meeting, various problems of a doctrinal and canonical nature were examined, and it was decided to proceed gradually and over a reasonable period of time in order to overcome difficulties and with a view to the envisioned full reconciliation.

According to Vatican Insider, it was the first time Bishop Fellay, one of the four bishops illicitly ordained by Bishop Marcel Lefebvre, held a face to face meeting with Cardinal Müller since the latter was appointed head of the doctrinal congregation.

Vatican Insider pointed out that in 2012, Cardinal William Levada, then-Prefect of the Congregation for the Doctrine of the Faith, had delivered a doctrinal preamble to Bishop Fellay to sign. But four days later, the bishop wrote a letter to Pope Benedict XVI informing him that he could not agree to the terms laid out in the document.

Benedict replied, repeating his request for members of the traditionalist Society to recognize that “the magisterium is the authentic interpreter of the Tradition,” that the Second Vatican Council agrees with Tradition and that the post-conciliar liturgical reform promulgated by Pope Paul VI was not only valid but also legitimate.