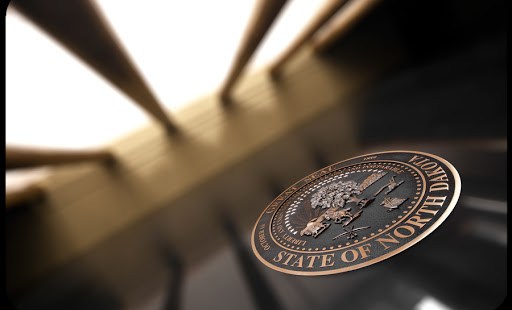 In Bismarck, a conference celebrates one of the champions of the reform of Catholic higher education

The “Official Portal for the North Dakota State Government” lists that commonwealth’s nicknames as the Peace Garden State, the Flickertail State (something to do with squirrels, evidently), and the Roughrider State. Most Americans know today’s North Dakota as the Fracking State, where fortunes are being made in the energy industry. Catholics in the United States may soon know North Dakota as the cutting edge of Catholic higher education reform.

That’s because Msgr. Jim Shea and the people of the University of Mary, founded in Bismarck in 1959 by the Benedictine Sisters of the Annunciation, are dreaming no small dreams, there in the upper Midwest. Those dreams were on full display recently, when the University of Mary (home to 3,300 students from 42 states and 23 countries) hosted a conference celebrating the work of the first holder of the university’s newly created John Henry Newman Chair in the Liberal Arts: Dr. Don J. Briel, who has relocated his work in Catholic university reform from the University of St. Thomas in the Twin Cities, where he built the gold standard of Catholic Studies programs over a quarter-century, to the University of Mary.

In his address to the conference, Dr. Briel briskly analyzed the fragmentation and incoherence of 21st-century higher education and then described how Catholic Studies programs can address that confusion and thus serve the entire university.

Catholic Studies programs must be interdisciplinary, offering students an encounter with “the imaginative tradition of the faith, its approach to beauty, the great-souled works of literature [and] deep artistic traditions of Catholicism, its understanding of the human person and of the range and limits of politics.” Such a broad-gauged curriculum is good in itself; it also gives theology and philosophy their proper “fit” within the broad project of intellectual and spiritual formation.

Catholic Studies programs should be built around an “incarnational principle” embodied in a committed community of faculty, who form a communion of persons (one of John Paul II’s favorite philosophical phrases) in service to the intellectual and spiritual formation of their students. Thus a true Catholic Studies program, Briel suggested, offers students an encounter, “not merely with a set of texts but with living Catholic minds who share in that gaudium de veritate, that joy in the truth at the heart of the life of a university, properly understood.”

And Catholic Studies programs must be thoroughly ecclesial: programs that think with the mind of the Church and give students an experience of the communion of the Church, through a distinctive residential experience on their home campuses and on the Rome campuses that many Catholic Studies programs have now established. Such residential experiences of what Briel called a “truly Catholic community of conviction” lend themselves well to serious vocational discernment, and to the formation of true leaders for the future. (Having had the privilege of teaching many of Don Briel’s students in Cracow in recent summers, I can testify from personal experience that that is precisely what Catholic Studies programs on the Briel model produce: well-formed, competent, young Catholic leaders, smart and fun to be with, who are going to make important Catholic contributions to Church and society.)

I will risk the charge of special pleading by saying that my friend Don Briel is one of the true heroes of Catholic higher education in my lifetime. That Msgr. Shea and his colleagues in Bismarck have welcomed him to the University of Mary, giving him a platform from which to extend his work into the Latino worlds of U.S. Catholicism while continuing to be the go-to consultant for Catholic Studies programs across the country, testifies to that young school’s bright future as one of the leaders of Catholic higher education reform. There is more going on than fracking in North Dakota, and that “more” includes another explosive: the Briel formula for the reform of Catholic higher learning.

George Weigel is a senior fellow of the Ethics and Public Policy Center in Washington, D.C.