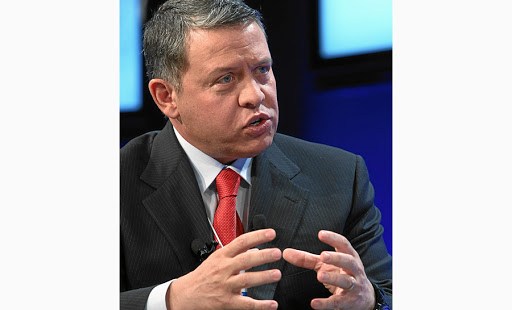 “Islam prohibits violence against Christians and other communities that make up each country,” monarch asserts

In a lengthy speech to the United Nations General Assembly this week about fighting the Islamic State organization, President Barack Obama made scant reference to the Christian communities that have been terrorized in Iraq and Syria.

But Jordan’s King Abdullah II made Christians in the Middle East the centerpiece of his speech before the same body.

"Let me say it once again: Arab Christians are an integral part of my region’s past, present and future," King Abdullah said at the 69th UN General Assembly,

The king, who is a Muslim, wanted to reiterate in front of an international audience that Christian communities are an important part of the history of the Middle East, and can in no way be considered guests or foreigners in lands that saw the first spread of Christianity.

"The teachings of true Islam are clear: sectarian conflict and strife are utterly condemned," said the Jordanian monarch. "Islam prohibits violence against Christians and other communities that make up each country."

King Abdullah called on Muslim and other leaders to work together against falsehoods and divisive actions, claiming his country has "spearheaded global interfaith and interreligious initiatives."

The monarch also announced that Jordan will introduce a resolution to fight crimes against religious communities.

"Jordan will introduce a draft resolution covering the general proposition that a new international offense, falling under the crimes of Genocide and Crimes Against Humanity, be considered, on the basis of the aberrant new crimes against religious communities seen recently in Syria and Iraq," he said.

In remarks at the Summit on Threats to International Peace and Security caused by Terrorist Acts, the king told the UN Security Council that it is important not only to fight terrorist groups but to "act as one to help solve global injustices."

"We cannot underestimate the recruitment power of a sense of exclusion from basic human rights," he noted. "First and foremost is a just resolution to the Palestinian-Israeli conflict. A united global voice is equally vital in supporting an inclusive political solution in Syria."