Spanish Bishop: Pope Says He Will Not Change Communion Rule 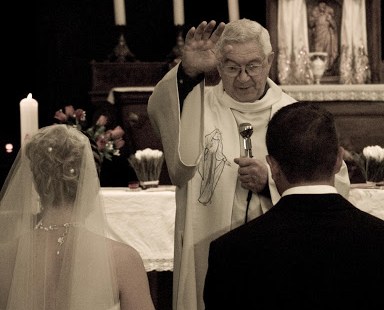 Amid widespread reports that Pope Francis might open the door to Communion for the divorced and civilly remarried, a Spanish bishop says the Pope told him that this scenario is not possible.

Bishop Demetrio Fernandez of Cordoba, Spain said that during his ad limina visit to the Vatican earlier this year, the Holy Father told him that “the Pope cannot change” what Jesus Christ has instituted.

The question of Communion for the divorced and remarried has surfaced due to an address given by Germany’s Cardinal Walter Kasper to a group of cardinals earlier this year. Some have speculated that the Church will change its teachings, which do not acknowledge a second civil marriage unless the first has received an annulment, or a Church recognition that the marriage had never been valid in the first place.

In an interview with the newspaper Diario Cordoba, Bishop Fernandez said, “We asked the Pope himself, and he responded that a person married in the Church who has divorced and entered into a new civil marriage cannot approach the sacraments.”

“The Pope said that ‘this was established by Jesus Christ and the Pope cannot change it’,” he added.

“I say this because sometimes people say that ‘everything is going to change,’ and there are some things that cannot be changed. The Church answers to her Lord and her Lord remains alive,” Bishop Fernandez continued.

However, he explained, “The Church is continuously telling us to be welcoming, that people not feel excluded, and we can always find ways to be more welcoming.”