What Do Satanists Really Believe? 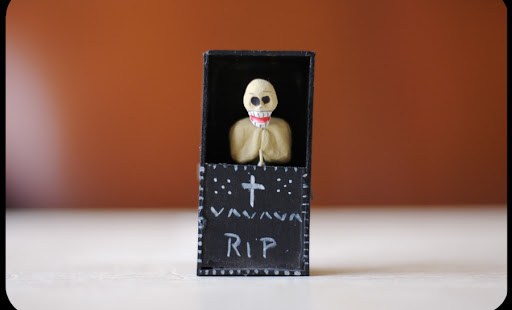 Satanism: A creepy “faith” in schism

With Satanic activities and promotional events so much in the news lately, I thought it might be interesting to go back to the founding father of American Satanism: Anton Szandor LaVey, a high school drop-out whose Cook County (Chicago), IL birth certificate bore a far less exotic name — Howard Stanton Levey, son of Michael and Gertrude Levey.

Although most people assume that Satanism has existed for millennia, in “Contemporary Esotericism” religious studies professors and authors Egil Asprem and Kennet Granholm confirm that LaVey founded the first “unbroken explicitly Satanic tradition, in the sense of a group of people adhering to a teaching of that type” over a period of decades or more.

What teachings did LaVey espouse? It’s proven devilishly difficult to separate fact from fiction in his life and writings because, as he noted in his 1998 book, "Satan Speaks!":

“I’m one helluva liar. Most of my adult life, I’ve been accused of being a charlatan, a phony, an impostor. I guess that makes me about as close to what the Devil’s supposed to be as anyone. It’s true. I lie constantly, incessantly. Because I lie so often, I’d really be full of s**t if I didn’t keep my mouth shut and my b***ls open.
”

"
Satan is a very personal Companion. We admire Satan and wish to gain his respect, therefore we act as he would
— in defiance of anything or anyone who would demand our worship. It would be an insult to offer him unthinking worship. But this is fact: Unlike the promises of the Christians, Satan does develop an intensely intimate relationship with each of his followers. You may not perceive it until you train yourself to sense it, but since you have achieved the position of Grotto Master, you have probably already been touched by it. He will remain with you until your breath leaves your body."  (Emphasis in original.)

More about LaVey below, but first, it may be helpful to describe the various currents of thought among self-identified Satanists. Both theists and atheists claim the label, although atheistic Satanists are decried as poseurs by the true believers. Their schism was explored in World Religion News on September 22, 2014.

The Church of Satan — founded by LaVey and now led by High Priest Magus Peter H. Gilmore — comes closest to being a religious organization. They have the dubious benefit of five books by LaVey: "The Satanic Bible" (1969), "The Satanic Rituals" (1972), "The Satanic Witch" (1989), "The Devil’s Notebook" (1992) and the aforementioned "Satan Speaks!."

Adherents of the Church of Satan (who probably never numbered more than 300) may have believed in a being who rebelled against God in their early years (as a member of the Manson family affirmed), but later described Satan as only a “symbol of pride, liberty and individualism.” Yet they oppose the use of “Satanic” by The Satanic Temple (TST) because they see TST members as atheists with no “hierarchical structure or beliefs.”

A third organization, the Temples of Satan, agrees that the 2-year-old Satanic Temple is using Satan’s name fraudulently. On their very spare website, littered with misspelled words, the theistic Temples of Satan explain how they differ from the Church of Satan: “We are Theistic and they are Atheist, while we believe in an actual deity, they believe in themselves elevated to a deity.”

What it boils down to is a continuum of Satanic beliefs, beginning on one extreme with theistic devil-worshipers who honor and serve the original rebel against God, sometimes identified as the fallen angel we know as Lucifer or Satan.