Young Muslims Videotape Their Own Rape of a Girl in Pakistan 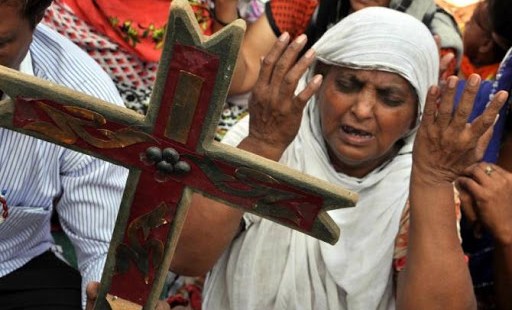 Sexual violence continues to be used to subjugate religious minorities

Christian lawyer Mushtaq Gill says the case is not unique.

"Many Christian girls continue to be victims of sexual assault by young Muslims, who go unpunished", Gill told Fides, noting that "in this case there is also a video, flaunted as a trophy."

Gill said the victim’s father reported the incident, and two of the perpetrators were stopped by police. Gill met with the family and is trying to provide legal assistance, even though the family is poverty-stricken. The girl’s father said he had suffered pressures and had been threatened to prevent him from filing a complaint, but the man boldly denounced those who threatened him. Police have confirmed the existence of a video concerning the violence, which will constitute evidence against the culprits.
In Pakistan, rape is used by Muslim youth as an instrument of power over the girls of religious minorities, poor and marginalized families. It is a form of violence that aims to reaffirm the subjugation of Christians to Muslims. Rape victims face terrible difficulties and psychological trauma. It is estimated that cases of rapes regarding Hindu and Christian girls in Pakistan are about a thousand every year.