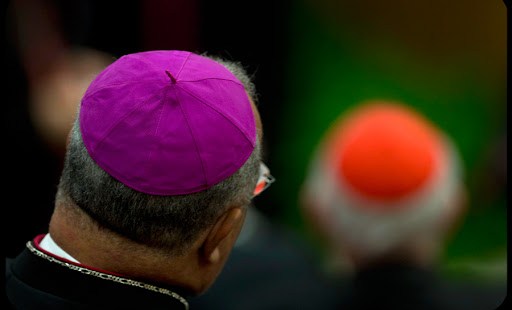 Will the pope and the bishops listen?

As the Vatican Synod on the family approaches ever nearer, Catholics and other marriage supporters around the world have been quick to mobilize, in the form of a high profile open letter, and the convening of a global  pro-family coalition, to what is being seen by many as a doctrinal battleground for the future of Church teaching on the family and sexuality.

The Extraordinary General Synod of Bishops, to give its technical name, will meet at the Vatican between 5-19 October 2014. Cardinals, bishops, married couples, and other experts will discuss the pastoral challenges of the family in the context of evangelization, together with Pope Francis, who has also asked that the synod be preceded by a special day of prayer.

The open letter, entitled “Commitment to Marriage” and addressed to the pope and bishops, has been signed by no less than 48 leading scholars, academics, and campaigners on pro-family issues from America, Ireland, UK, Italy, Spain, Argentina, Chile, Australia, Colombia, and Hungry, making it a truly international initiative. Names like Profs Gerard Bradley, Mark Regnerus, and Mary Ann Glendon have given their support.  Irish theologian and close friend of Pope-Emeritus Benedict XVI, Rev. Dr. Vincent Twomey, SVD, who signed the letter, told Aleteia it was the brainchild of Dr Hilary Towers, a developmental psychologist in America, and her father, Dr Thomas F. Farr, Visiting Associate Professor at Georgetown University.

The letter begins with the upbeat message:

“[The] Synod is an opportunity to express timeless truths about marriage. Why do those truths matter? How do they represent true love, not “exclusion” or “prejudice,” or any of the other charges brought against marriage today?”

However, the letter goes on to cite damning statistics about family breakdown and the dire consequences for children. Citing a 2013 international report, the letter says, “Dramatic increases in cohabitation, divorce, and non-marital childbearing in the Americas, Europe, and Oceania over the last four decades suggest that the institution of marriage is much less relevant in these parts of the world.”

Worrying statistics and studies paint a picture of record-low marriage rates, half of children born out of wedlock, and nearly half of all first marriages in America predicted to end in divorce. Pornography, too, is singled out; citing studies suggesting its devastating impact on relationships and marriages, yet this area remains largely unexplored.

Supporters of the letter have steered clear of controversial areas such as reception of the Eucharist for divorced and remarried Catholics, and the Catholic Church’s teaching and pastoral practice surrounding same-sex civil unions and marriages, both of which have caused confusion among the laity following comments from various cardinals and bishops.

When asked for an explanation, Twomey replied that, “The letter seeks to draw attention to the more central trends in societies all over the world which are undermining marriage. In my opinion, the debate about the admission of remarried divorcees to the Eucharist, important though the issue is, could become a distraction from the more serious challenges to the living out of the Christian vocation to marriage and parenthood.”

The supporters of the letter offer a number of practical initiatives to support marriage and family life, which have garnered the support of experts across Christian denominations and those with no religious affiliation.  Some of the more ambitious suggestions include an invitation for the Pontifical Council on the Family to “conduct cross-discipline, longitudinal research on the role of pornography,” a request for the restoration of “legal provisions that protect marriage as a conjugal union of one man and one woman, entered into with an openness to the gift of children, and lived faithfully and permanently as the foundation of the natural family,” and a call for support for religious freedom in divorce courts:

“Many do not know that religious freedom is routinely violated by divorce judges who ignore or demean the views of a spouse who seeks to save a marriage, keep the children in a religious school, or prevent an abandoning spouse from exposing the children to an unmarried sexual partner.”

When asked whether the pope and bishops would take note of the initiative, Towmey remains optimistic, “Hopefully they will take note, since the letter is making an original contribution to the debate by drawing their attention to pastoral and theological issues which, I think, are more in line with Pope Francis’s own intent, when he first called the Synod.”

An equally new, and distinct, coalition of Catholic and Catholic-inspired organisations have grouped together to form “Voice of the Family.” The international coalition includes organisations from Nigeria, Ireland, UK, Canada, and America. The purpose of the coalition is “to offer our expertise and resources before, during, and after the Extraordinary Synod on the Family.”

Ahead of their trip to Rome for the synod, Nigerian biomedical scientist and director of Culture of Life Africa, Obianuju Ekeocha, and Catholic Voice editor Anthony Murphy, agreed to speak with Aleteia. Asked what the African perspective was on the synod, Ekeocha replied, “Africans are hopeful that the resulting fruits of the synod will strengthen, support and encourage family life around the world,” adding that the synod will have “profound consequences for the family in the years to come.” Obianuju revealed that she will be hosting a strategic dinner for African Bishops attending the synod.