“Made in God’s Image and Likeness” — What Does That Have to do with Marriage? 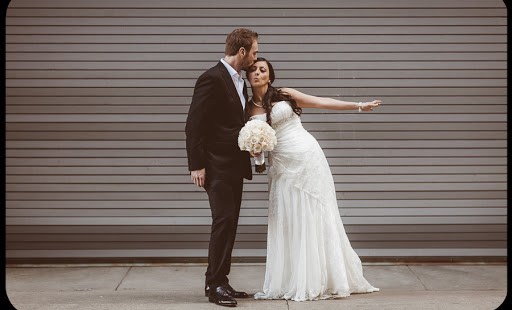 A second key to understanding what marriage is all about

“In the beginning,” God created man and woman in His image, “male and female He created them” (Gn. 1:27). With this exalted beginning, Scripture proclaims that human beings mirror God and do so precisely in one of two distinct ways — as either male or female.

Being made in God’s image and likeness is an awesome reality. Unfortunately, I would bet that many Christians don’t think about it. Or, maybe we’ve heard it so often that we have lost a sense of its profound meaning. More than likely, most of us would not connect this belief directly to marriage. And yet, this essential teaching forms the foundation of marriage. To be made in God’s image speaks of the essential inherent and complementary gifts that God gave to each man and woman. Let me explain.

Men and Women — Made in God’s Image

What does it mean to be made in God’s image? Beginning with the basics, it means that men and women are both earthly and Heaven bound ("Catechism of the Catholic Church," no. 355). Furthermore, men and women have a type of “homing instinct” deep within the human heart. St. Augustine described it as being “restless” until the heart rests in God.[1] The "Catechism of the Catholic Church" (CCC)  explains that each of us has a deep “desire for God” that is “written in the human heart” (CCC, no. 27). This desire is one of God’s gifts. It is expressive of our ability to be people of faith.

Why would each of us have a desire to know God? Because among the fundamental gifts that God has given us is the capacity to be in relationship to Him — to know and love Him (CCC, no. 356). Think of it, “God, the first principle and the last end of all things” (CCC, no. 36) wants every one of us to know and love Him! He doesn’t want us to be alone! This can only make sense if we accept what Jesus has revealed to us — that God is love.

Since God is love, among His characteristics are faithfulness, justice, mercy, generosity and selflessness. God has given every person the ability to love as He loves. Every man and woman therefore can be faithful, just, merciful, generous and selfless but, this does not happen automatically, at least not for most of us.

Divine Love “invites” every man and woman to be in relationship to Him. God does not force Himself on us. He waits for each of us to accept His invitation to love. When we accept it, this is nothing less than cooperating with God’s Grace. It’s what enables us to be all that God intended. And, as the Church teaches, God’s grace is transformative. When we grow in our relationship to God, His image becomes clear in our lives. In order to be fully human and fully alive, we have to open our hearts to God’s love.

What does being made in God’s image have to do with marriage?

Beginning with our double-belonging — earth and heaven — a man and a woman need to keep the bigger picture in mind when they marry because marriage is not just about them, it is wrapped up in the mystery of God who is its author. (“Gaudium et Spes,” no. 48) Marriage is a life-long vocation in which husband and wife vow to live the responsibilities of matrimony. Among those responsibilities is their need to help each other to Heaven. That means that husband and wife are called to “go the distance” and persevere together through life’s doldrums or trials. When one fails, the other should help. If life tosses losses, both need to stand firm together. And when tempted to think of only “me,” spouses need to remember that marriage is, as a wife once said, an “unrelenting daily demand to think of others!”

In many ways, marriage has “prerequisites” that make full use of the gifts God has given us as made in His image. Those prerequisites include the capacity to have faith, to form relationships, to love just like God. Of course, all of us are called to love like God, and it can be difficult. That’s because people often get stuck in “our own worlds.” We easily think of ourselves before all else. Marriage, however, requires a radical call to love like God: faithful, permanent, total, generous and fruitful. It is radical because marriage is a unique union between a man and a woman.