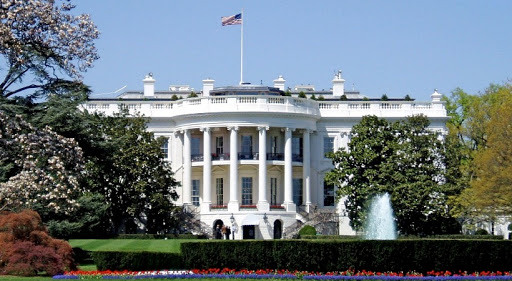 WASHINGTON (AP) — Secret Service Director Julia Pierson resigned Wednesday in the face of multiple revelations of security breaches, bumbling in her agency and rapidly eroding confidence that the president and his family were being kept safe.

President Barack Obama "concluded new leadership of that agency was required," said spokesman Josh Earnest.
Though the day, high-ranking lawmakers from both parties had urged her to step down after her poorly received testimony to Congress a day earlier — and revelation of yet another security problem: Obama had shared an elevator in Atlanta last month with an armed guard who was not authorized to be around him.

That appeared to be the last straw that crumbled trust in her leadership in the White House. Earnest said Obama and his staff did not learn about that breach until just before it was made public in news reports Tuesday.

"Today Julia Pierson, the director of the United States Secret Service, offered her resignation, and I accepted it," Homeland Security Secretary Jeh Johnson said in a statement. He announced that Joseph Clancy, retired head of the agency’s Presidential Protective Division, would come out of retirement to lead the Secret Service temporarily.
Taking further steps to restore trust in the beleaguered agency, Johnson also outlined an independent inquiry into the agency’s operations.

That trust was shaken by a series of failures in the agency’s critical job of protecting the president, including a breach Sept. 19, when a knife-carrying man climbed over the White House fence on Pennsylvania Avenue and made it deep into the executive mansion before being stopped.

In an interview with Bloomberg after her resignation was announced, Pierson said, "It’s painful to leave as the agency is reeling from a significant security breach."

"Congress has lost confidence in my ability to run the agency," she said. "The media has made it clear that this is what they expected."

She said she met Johnson on Wednesday and "after that discussion I felt this was the noble thing to do." She added that her departure would "take pressure off the organization."

The Sept 19 incident is now just one of several embarrassing disclosures about lapses in presidential security involving the Secret Service. The alleged intruder, Omar J. Gonzalez, pleaded not guilty through his attorney Wednesday in federal court.

Despite more than three hours of questioning by House lawmakers on Tuesday, Secret Service Director Julia Pierson neglected to mention another security breach that occurred just days before a knife-carrying Army veteran climbed over the White House fence and sprinted into the executive mansion.

On Sept. 16, an armed security contractor with three convictions for assault and battery rode on an elevator with President Barack Obama and his security detail at the Centers for Disease Control and Prevention in Atlanta, violating Secret Service protocol. The Washington Examiner and The Washington Post reported the details of that breach just hours after Pierson left a House hearing. A Secret Service spokesman confirmed the Atlanta elevator incident late Tuesday but did not elaborate, citing an ongoing investigation of the episode. It was not clear whether the president or Pierson herself knew about the incident until recently.

At Tuesday’s hearing, Pierson said she is the one who briefs Obama on threats to his personal security and said she had briefed him only once this year, "for the Sept. 19 incident." She also disclosed that shortly before the alleged intruder, Omar J. Gonzalez, scaled the fence at least two of her uniformed officers recognized him from an earlier troubling encounter but did not approach him or report his presence to superiors. On Aug. 25, Gonzalez was stopped while carrying a small hatchet near the fence south of the White House, Pierson said.