Man Who Regained Eyesight Will See His Patron Beatified 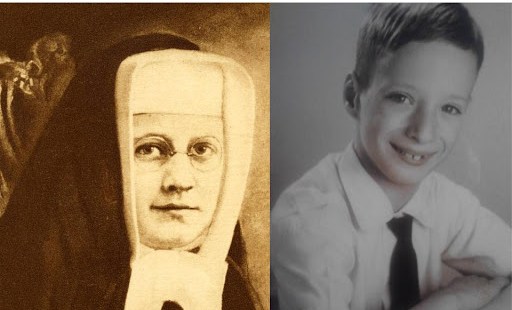 His miracle came through intercession of New Jersey nun

The man born blind didn’t enter into any deep analysis of the miracle that occurred to him at the hands of the Lord, according to the Gospel account.

“The man they call Jesus made some mud and put it on my eyes," he told his neighbors in John Chapter 9. "He told me to go to Siloam and wash. So I went and washed, and then I could see.”

Michael Mencer was not born blind, but when a serious condition that threatened to leave the boy in darkness for the rest of his life disappeared one day, he didn’t sit down to think about it too much either. He had one thought on his mind, basically.

"I looked straight at my mother, and…I asked if I could go out and play," said the 58-year-old Mencer, recalling the day 50 years ago when his sight came back. "I think I ran down the steps. It’s something I hadn’t been able to do in a long time."

Mencer had Stargardt’s Disease, a juvenile form of macular degeneration in which the central vision goes away and the pigment deteriorates. He and his family were living in Teaneck, N.J., when his eyesight started going bad.

This Saturday, Mencer will be back in New Jersey, visiting from Nebraska, where he’s been sojourning these past few years, to take part in a Mass at Newark’s Cathedral-Basilica of the Sacred Heart. Cardinal Angelo Amato, prefect of the Congregation for the Causes of Saints, will be there to beatify Sister Miriam Teresa Demjanovich, the Sister of Charity that the Vatican has determined to have been responsible for Mencer’s cure.

For those who follow such things, that itself is pretty astounding. Americans have been beatified and canonized in the past, but no one has ever been beatified on U.S. soil before.

Since the pontificate of Benedict XVI, beatifications no longer need to take place at the Vatican. Last weekend, the second prelate of Opus Dei, Bishop Alvaro del Portillo, was beatified in Madrid, Spain.

Teresa Demjanovich was born in 1901 in New Jersey—in the city of Bayonne, to be exact—to an immigrant couple from Slovakia, Johanna and Alexander Demjanovich. Because they were Ruthenian Catholics, the girl was baptized and confirmed within a week in Bayonne’s Byzantine-Ruthenian Church of St. John the Baptist.

On Sunday, the day after the beatification, Bishop Kurt Burnette of the Ruthenian Catholic Eparchy of Passaic, New Jersey, will celebrate a Divine Liturgy of Thanksgiving at St. John the Baptist.

During her two years as a nun, Sister Miriam Teresa wrote two short plays, letters, meditations, several poems and part of her autobiography, according to the Sisters of Charity. Benedictine Father Benedict Bradley, Sister Miriam Teresa’s spiritual director and confessor, requested that she write the conferences that he would give to the novices.

“I believed that she enjoyed extraordinary lights, and I knew that she was living an exemplary life," Father Bradley said later. "I thought that one day she would be ranked among the saints of God, and I felt it was incumbent upon me to utilize whatever might contribute to an appreciation of her merits after her death.”