Pope Francis to Assyrian Patriarch: We Are Close in Faith, Persecution 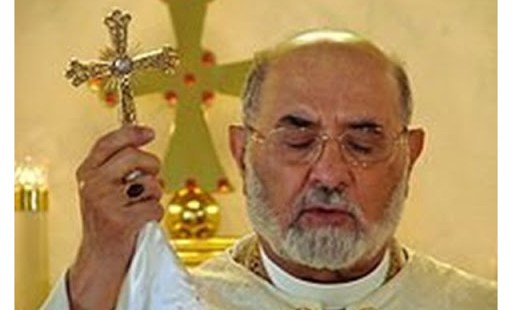 (Vatican Radio) “No religious, political or economic motives can justify what is happening to hundreds of thousands of innocent men, women and children,” Pope Francis said Thursday, calling what is happening to Christians and other minorities in Iraq and Syria “daily persecution.”

In his remarks, Pope Francis noted the suffering “that we share from the wars across different regions in the Middle East, and in particular, from the violence that Christians and the faithful of other religious minorities are subjected to, especially in Iraq and in Syria.”

He added we feel “profoundly united in prayer” and “in charitable action towards these suffering members of Christ’s body.”

Pope Francis welcomed the Patriarch’s visit as “another step on the way towards a growing closeness and spiritual communion…after the bitter misunderstandings of the past centuries.”  Noting what he called a “milestone," the Common Christological Declaration signed 20 years ago by the two churches under the leadership of Pope John Paul II, the Pope said both churches recognize they profess the same faith of the apostles and believe in the divinity and humanity of Christ united in one person.

He assured the Patriarch of his “personal commitment” to continuing to deepen the dialogue of friendship and communion between the Catholic Church and the Assyrian Church of the East and prayed that their mixed theological commission would bring closer the day in which both will be able to celebrate the Eucharist at the same altar.