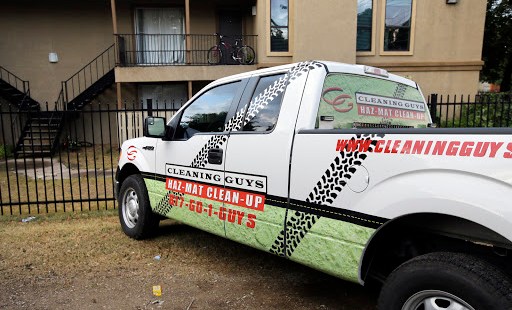 DALLAS (AP) — A hazardous materials crew has arrived at the Dallas apartment where the U.S. Ebola patient stayed to collect bed sheets and towels used by the infected man before he was hospitalized.

A fleet of vehicles from the fire department and other agencies arrived shortly before noon Friday.

Dallas County Judge Clay Jenkins says the decontamination will take about three hours. The family living there is quarantined and will remain in the apartment during the cleaning.

Items taken from both the apartment and from Texas Health Presbyterian Hospital, where Thomas Duncan is being treated, will be placed in secure containers and taken away for disposal.

The family living in the apartment has been confined to their home under armed guard while public-health officials monitor them — part of an intense effort to contain the deadly disease before it can get a foothold in the United States.

Louise Troh, who shares the apartment with her 13-year-old son and two nephews, said she is tired of being quarantined and wants authorities to decontaminate her home.

"Who wants to be locked up?" she said Thursday. Private security guards and sheriff’s deputies blocked the entrance to the 300-unit apartment complex.

Elsewhere, NBC News reported that an American freelance cameraman working for the network in Liberia has tested positive for the virus and will be flown back to the United States, along with the rest of the news crew.

In Dallas, officials were waiting for a permit to allow hazardous material taken from the home to be transported along state highways for disposal, city spokeswoman Sana Syed said Friday.

The first Ebola diagnosis in the nation has raised concerns about whether the disease that has killed 3,300 people in West Africa could spread in the U.S. Federal health officials say they are confident they can keep it in check.

The confinement order, which also bans visitors, was imposed after the family failed to comply with a request to stay home, according to Dallas County Judge Clay Jenkins.

Meanwhile, Texas health officials expanded their efforts to contain the virus, reaching out to as many as 100 people who may have had direct contact with Thomas Eric Duncan or someone close to him.

None has shown symptoms, but they have been told to notify medical workers if they begin to feel ill, said Erikka Neroes, a spokeswoman for the Dallas County Health and Human Services agency.

The at-risk group includes 12 to 18 people who had direct contact with the infected man, including an ambulance crew and a handful of schoolchildren. The others came into contact with that core group, she said.

"This is a big spider web" of people, Neroes said.

The virus that causes Ebola is not airborne and can only be spread through direct contact with the bodily fluids — blood, sweat, vomit, feces, urine, saliva or semen — of an infected person who is showing symptoms. Those fluids must also have an entry point.

For example, people might get infected by handling soiled clothing or bed sheets and then touching their mouth, or if they are not wearing gloves while doing those tasks and have a cut on their hand.

Duncan’s neighbors in the Liberian capital believe he become infected when he helped a sick pregnant neighbor a few weeks ago. It was not clear if he had learned of the woman’s diagnosis before traveling.

Nonetheless, Liberian authorities announced plans to prosecute Duncan when he returns, accusing him of lying about not having any contact with an infected person.

Duncan filled out a form Sept. 19 about his health and activities before leaving for Dallas. Among other questions, the form asked whether Duncan had cared for an Ebola patient or touched the body of anyone who had died in an area affected by Ebola. He answered no to all the questions.