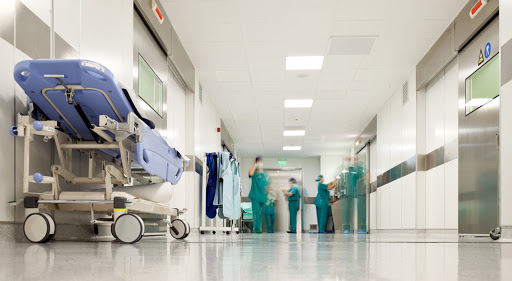 SAN FRANCISCO (AP) — An attorney for the family of a California teenager who was declared brain-dead says doctors have found signs of brain functions and is seeking an unprecedented court order declaring her alive.

Attorney Chris Dolan said Thursday that doctors at the non-profit International Brain Research Foundation made the findings after running a series of tests on the 13-year-old Jahi McMath at Rutgers University last week.

The discovery came months after three doctors, including one appointed by a judge, declared McMath brain dead and Alameda County issued a death certificate after her Dec. 9 sleep apnea surgery went awry.

Since then, Jahi’s mother has pushed for keeping her daughter’s organs functioning on life support, first at Children’s Hospital in Oakland and later at an undisclosed medical facility in New Jersey.

Dolan said Jahi and her parents moved to a house in New Jersey about a month ago where the girl remains on life support.

On Thursday, Dolan showed video clips to a small group of reporters that he says proves Jahi is still alive. One clip shows her twitching her foot after her mother asks her to move it. Another shows hand movement in apparent response to her mother’s commands.

Philip DeFina, chief executive and chief scientific officer of the International Brain Research Foundation, said Jahi has responded to commands many other times.

"There is a consistency to it," said DeFina said.

Arthur Caplan, head of medical ethics at New York University’s Langone Medical Center, said he knows of no cases of a brain death determination being reversed. He cautioned that the data collected on Jahi has to be examined by other researchers and experts in the field before any conclusions can be made.

"Were this to be true, it would be an earth-shattering development in understanding death," Caplan said. "They’re playing a high-stakes game."

Lawyers for the University of California, San Francisco Benioff Children’s Hospital said the evidence in Jahi’s case still supports the determination that she is legally dead.

"This is a sad situation where the court made the correct determination that Jahi McMath was dead," hospital attorney Douglas Strauss stated in court papers. "There is no factual basis or legal justification for requiring those involved to endure re-litigation of that properly reached determination."

After the December surgery, Jahi began bleeding heavily and went into cardiac arrest. She was declared brain-dead Dec. 12.

Her mother and other family members refuse to believe the girl is dead as long as her heart is beating. They went to court last winter seeking an order to prevent the hospital from removing a respirator and feeding tube.

The two sides reached an agreement allowing Jahi to be transferred if her mother assumed responsibility for further complications. She was removed from Children’s Hospital on Jan. 5, less than two days before an injunction that would have allowed the hospital to remove the equipment.

A court hearing has been scheduled for Oct. 9.