Divorce-proof your Marriage by Emulating Servant of God Elisabeth Leseur 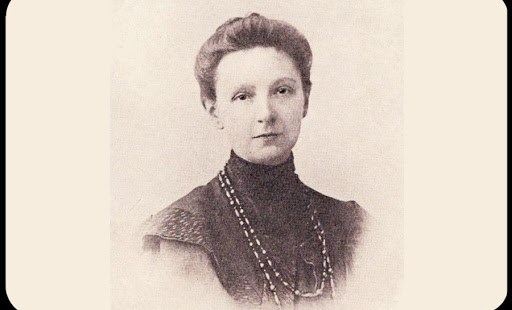 The good wife: although she died 100 years ago, Elisabeth can teach us a lot

Marriage is truly an instrument of salvation, not only for married people but for the whole of society. Like any truly worthwhile goal, it places demands upon us, it challenges us, it calls us to be prepared to sacrifice our own interests for the good of the other. It requires us to exercise tolerance and to offer forgiveness (
General Audience, May 5, 2010).

As a path to salvation requiring daily, and sometimes heroic, self-emptying, out of love for one’s spouse and children (just ask any mother of multiple kids how much “me time” she enjoys in the average week), it is surprising that there are relatively few declared saints who were married women. And even among them, it’s hard to relate to many of the better-known married women saints because, well, you tell me. What do Elizabeth of Portugal, Margaret of Scotland, Elisabeth of Hungary, Bridget and Catherine of Sweden have in common? Right. They were royals or at least stinking rich. Having a country as part of their names is a clue that their lives are not a lot like ours.

So, while they personally renounced wealth and led holy lives, they also had the wherewithal to conspicuously do great good for the poor, the sick and the orphaned. Wonderful as that is, the average married woman who is striving for holiness can’t build schools and hospitals for the underserved. We pretty much live and die in relative or complete obscurity.

Others, like St. Monica (patron of married women) and St. Helena, are primarily known because of their sons — Augustine and the Emperor Constantine — and St. Anne is primarily known  because of her daughter, the Blessed Virgin Mary, Mother of God. We can hope that one day our kids will offer great material to promote our cause for canonization, but that doesn’t solve the problem of how we should excel in holiness while dealing with the banalities of life.

Where does that leave us average modern moms who sacrifice and pray daily for our families, while trying to remain generous in our love and attention, trying to smile through the petty annoyances that come from living with an imperfect spouse (aren’t they ALL?) and legions of kids at various stages on their journey from barbarian to virtuous Christian gentlemen and gentleladies? Who can we turn to as a model  for inspiration, advice, emulation and moral support?

Servant of God Elisabeth Leseur has been called the Thérèse of Lisieux for married women. And she did, in fact, discover her own little way of sanctification through pure and sacrificial love, humility, meekness, redemptive suffering, a vibrant prayer life and, critically, shutting the heck up.

Born on October 16, 1866, Pauline Elisabeth Arrighi was an educated, cultured, gentle, but only conventionally Catholic French woman from a well-to-do family. She contracted hepatitis as a child and throughout her life suffered painful relapses. In 1889, she married Felix Leseur, a medical doctor from a similarly affluent background, but no longer Catholic (a point she discovered only shortly before their wedding). He not only refused to practice Catholicism, he was outwardly and vehemently hostile toward the faith, becoming well-known as the editor of an atheistic and anti-clerical Parisian newspaper at a time when these opinions were the height of chic in Parisian society. They entertained often and the guests were invariably his atheistic friends. So forcefully did he browbeat Elisabeth about Catholicism that she (who was not then well-versed in Catholic teaching) fell away from the Church for two years.

At age 32, however, she resumed practicing her faith and began to read great spiritual works to better defend it. With the aid of her spiritual director, she began a disciplined program of life grounded in her relationship with God. She had always quietly performed charitable works