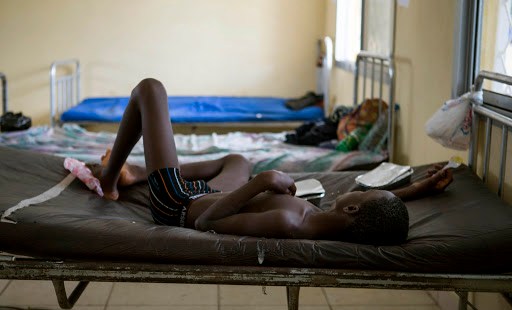 “Our…staff on the ground are overwhelmed.”

When the news broke out that a man in Dallas had developed Ebola, the pandemic ceased to be a news story about a far-away place.

The predictions of Ebola cases suddenly seemed more relevant to the daily lives of Americans: 1.4 million in West Africa by the end of January according to the Centers for Disease Control and Prevention (CDC), and 20,000 by the beginning of November according to the World Health Organization (WHO).

“The CDC report and the WHO report are based on the same projections,” said Dr. Adam Levine, an associate professor of emergency medicine at Brown University who recently spent five weeks in Liberia setting up an Ebola Treatment Unit or ETU.

“The CDC is assuming that cases could grow to 1.4 million based on non-recorded cases by a factor of 2.5. In order to have a recorded case, a person has to be admitted and tested, and then the blood test results must be sent to a lab. There have been more than 6,000 confirmed cases in West Africa – but it is probably twice that number. If we dramatically increase the response to Ebola, then these numbers will decrease,” said Dr. Levine.

The CDC believes that if 70% of Ebola patients are treated and isolated, then the epidemic will end.

“But this means that they need to train staff and create protocols. It will require a great deal of money, supplies, health care workers, logistical support and training,” said Levine.

On September 16, the US government announced that it would send 3,000 military personnel and $750 million to West Africa. They already have 230 people on the ground, but it will take time to mobilize the rest. This group’s mission will be solely to build ETUs. None of them will be treating Ebola patients.

The people who are on the ground now fighting Ebola – members of the CDC, WHO, Doctors without Borders and a myriad of Christian groups – are struggling. In Nigeria and Senegal, the epidemic has been contained and stopped. But in Sierra Leone, Liberia and Guinea –the battle is far from over. The number of deaths and confirmed infections increase dramatically in these three countries every day.

Daniel Epstein, a spokesman for the World Health Organization, said the situation is dire.

“Ebola is one of the most serious humanitarian crises in the world today. Our WHO staff on the ground are overwhelmed,” said Epstein. “The Ebola Treatment Units, clinics and hospitals fill up right away with patients. There are literally patients dying outside the gates. We need more community care.”

One of the worst side effects of Ebola is that people affected by other treatable diseases – like malaria, diarrhea or even normal situations of women going into labor – have nowhere to go because health care facilities in these countries are trying to deal with Ebola.

Catholic Relief Services has been on the ground in West Africa for 50 years. They run operations in Sierra Leone, Guinea, Senegal, Nigeria and Liberia. CRS had been running malaria prevention programs in Sierra Leone and Guinea.

“In Guinea, Ebola has had a hugely negative impact,” said Dorothy Madison-Seck, regional officer for CRS in West Africa. “So CRS is now working on an Ebola response. Our regular malaria-prevention activities have been halted. The funds for malaria were reprogrammed to Ebola.”

CRS has committed $1.6 million to an emergency response to the Ebola outbreak. They are focusing on a public education campaign through partners in the Catholic Church, religious leaders and ministries of health in all three countries. Right now, CRS staff is using the airwaves to educate, as well as a door-to-door campaign which hands out flyers and fact sheets.