New Jersey Nun Beatified in Newark’s Cathedral: One of Many Firsts for the Church 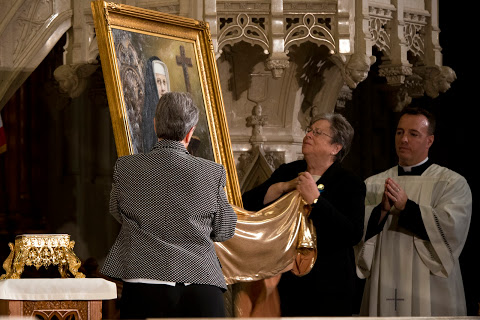 Cardinal Angelo Amato, Prefect of the Congregation for the Causes of Saints was the Principal Celebrant. He was joined by the Papal Nuncio to the United States, Archbishop Carlo Maria Viganò, Archbishop John J. Myers (Newark) and the homilist, Bishop Arthur J. Serratelli, Bishop of Paterson, NJ, where the Sisters of Charity of St. Elizabeth have their Mother House and where Blessed Teresa was in formation when she died.

In a sign of the unity of the Eastern and Western Church, the Most Reverend Kurt Burnette, Eparch of the Ruthenian-Byzantine Eparchy of Passaic also took part in the liturgy. Although Blessed Teresa was a novice in the Roman Catholic Sisters of Charity (founded by St. Vincent De Paul), she was permitted to make her religious profession “in articulo mortis” (in danger of death) one month before she died on May 8, 1927, without having received an official transfer to the Roman Rite. 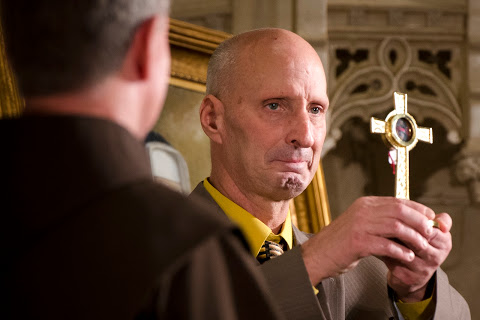 Michael Mencer, whose near blindness from juvenile macular degeneration was cured in 1964 through the intercession of Blessed Miriam Teresa when he was eight years old, carried a reliquary containing a lock of Sister Teresa’s hair in procession. It will remain in a chapel of the Cathedral Basilica.

The Postulator for her Cause offered a biographical sketch which confirmed the essential role of the family in bringing up the next generation in faith. Blessed Teresa was the youngest of 7 children and

grew up in a house steeped in the Eastern Catholic and religious practices. She understood and tried to do God’s will in all her actions. Teresa was a very intelligent student and  although having poor eyesight she graduated with high marks.
After graduation it was the decision of the family that she remain at home to care for their ailing mother. This she did willingly and well,

She taught school for a time, praying to discern her vocation. Again, consulting her family, they suggested that she “use her education to serve God in a teaching order.” She became a postulant and then novice in the Sisters of Charity of St. Elizabeth in 1925.

As a novice, she taught at the Academy of St. Elizabeth and it was during this time, that her spiritual director ― recognizing her spiritual depth and mystical insights, asked her to write a series of 26 conferences on the spiritual life which he gave to the other novices. Her brother, Father Charles Demjanovich, published the conferences as “Greater Perfection: Being the Spiritual Conferences of Sister Miriam Teresa” one year after her death.

The Gospel passage chosen for her beatification Mass (John 14: 19-23) was fitting ― “Whoever loves me will keep my word and my Father will come to him and we will dwell with him ― because Blessed Teresa described the purpose God had given her as this:

To teach men that Our Lord’s promise “If any man love me, he will keep My Word; and My Father will love him and We will come to him and make our abode with him” is held out to every soul regardless of calling; and is the perfect realization of His prayer and ours: “Thy kingdom come ….”
Support Aleteia!