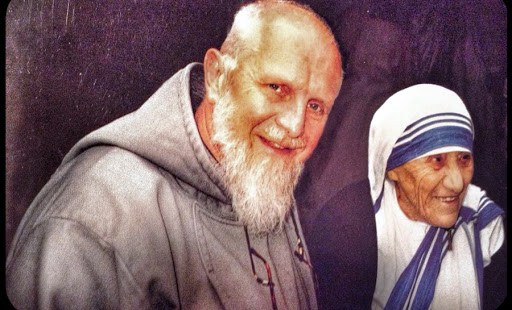 Fr. Benedict J. Groeschel, C.F.R., died after praying a rosary Saturday, the anniversary of the birth into new life of St. Francis of Assisi. Fr. Benedict was a renowned retreat director, author, lecturer, teacher, counselor and guide to many, and perhaps the most well-known priest in the United States. He was a seminary professor of pastoral psychology and one of the founders of the Franciscan Friars of the Renewal.

It was my privilege to call him co-founder of Good Counsel Homes for homeless mothers and babies, my spiritual director and friend.

Fr. Benedict and I met during the winter of 1980 while I was at a Covenant House mission helping homeless and runaway kids in Times Square. He came during the most difficult day that I had there, and gave a homily filled with practical as well as spiritual insights. It began a long personal collaboration in helping the poor and helping those who help others.

Considering the plight of homeless mothers and babies, whom I saw coming off the streets into this mid-town Manhattan shelter, I asked Fr. Benedict, "Why didn’t someone do something to help homeless mothers go back to school, find a job (and as he would often say ) take that next good step in life?"

His response was that he would help me if I wanted to start a home for mothers and babies.

Good Counsel homes has been operating nearly 30 years now helping mothers return to school and find jobs. Fr. Benedict helped me every step of the way, was the founding chairman of the Board, and a personal and professional guide as we worked with difficult situations. He was a major reason Good Counsel was able to open our Daystar home for special needs mothers who are not only homeless, but have a mental health diagnosis and/or an addiction.

For a while I worked with him at the home he began for young men, St. Francis Home in Brooklyn. I’ve seen him calm the anger and rage of young men. He was sympathetic and inspiring to them, as well as to Good Counsel’s young women.

While traveling with him on pilgrimages in Italy, France, Ireland and England, he was often met by people who were familiar with his writing, his tapes or appearances on EWTN. He always was himself, kind, friendly, helpful.

Many times I’d meet with him late at night because he was counseling priests until midnight. He’d often sleep only four hours a night. He once complained to Mother Teresa of Calcutta that he was always tired. (He had been appointed as liaison to Mother by the then Cardinal of New York, Terence Cooke). He related that Mother asked  him, "How long do you sleep?” He responded, “Four hours,” to which she replied, “That’s the problem. You sleep too much!” Fr. Benedict enjoyed that kind of humor.

Fr. Benedict often said he was looking forward to going to purgatory because it was like Jersey City where he grew up.

Many people believe Fr. Benedict to be a saint. While he was not perfect, his preaching and work with the poor touched millions of lives. When he was going to speak to priests on a retreat in Florida on January 11, 2004, he was hit by a car and nearly died. Thousands of people wrote how he had personally changed their lives. Many were converted or strengthened in their faith. Some remained in their faith, but listened to him because of his spiritual insights and practical wisdom.

He will not be forgotten, and of his 40 plus books all still in print, I believe many will be read for centuries to come.

May Fr. Benedict rest in Your Peace, O Lord.