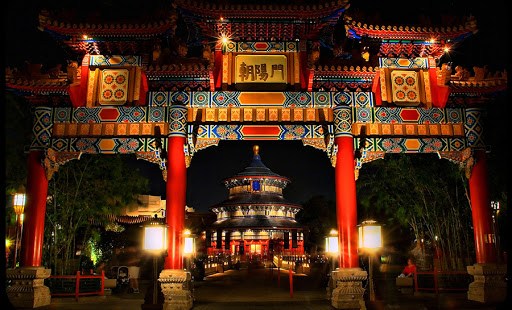 Do we practice a similar self-censorship in our faith?

NPR carried a story last week with surprising revelations of the workings of China’s “Great Firewall,” the complex censorship web that entangles every person in mainland China. Previously, people outside China knew nothing for certain about how it worked, but pretty much everyone assumed that it censored everything that was critical of the government.

However, as a team of researchers accidentally discovered, the truth is much more complex, and much darker than originally imagined. While working on an entirely different project, Dr. King, a Harvard-based professor of social sciences, discovered that the Chinese firewall allows people to post amazingly critical things about the government with no censorship whatsoever. Chinese internet users can, for example, talk about the corruption of government officials by name, even post concrete, undeniable proof of the offensives, and this will sail out onto the Chinese-Wide-Web with no problem. However, the moment a person suggests anything even hinting at a call to action, the piece is censored.

So committed is the Chinese government to preventing the possibility of organized protests in mainland China, that even posts about pro-government rallies are censored. You want to organize a “We Love Our Oppressors Day” in Xuancheng? LOL, nope. The censors are going to make sure your post never makes it beyond the soup of banned sites.

The chillingly horrific nature of this system is obvious. Despite the Western world’s original assumptions, China has no problem allowing its governed people to learn about the corruption of the government. It has no problem allowing concrete proof of abuse, failures, and violence to be shared. What it does prevent, with a single-minded, depressingly successful program, however, is the ability of the people to join together to change things. It is a deliberate cultivation of despair, cunningly designed to be propagated by the very people who want to break free.

If we take these findings and apply them to our spiritual life, equally shocking facts emerge. Are we the sort of faithful who look at the shortcomings and failures of the world and then stop? Do we look at the wars, the famines, the abortions, the poverty, the rape, the thousands of sins committed every second and that’s it?

This is part of the genius of the Church. The “faith without works is dead” warning that James gives us is the antidote to this poison. And make no mistake – knowledge of evildoings with no ability or desire to remedy them is a poison. Every person who acknowledges the sins of the world but makes no move to join a call to action to fix them is poisoning himself. Holy Mother Church gives us the Corporal and Spiritual Works of Mercy as a tonic.

The people of China, God save them, are currently enslaved to a process that systematically prevents the organized righting of wrongs. Don’t fall victim to the same trap in your spiritual life.

Cari Donaldson is the author of “Pope Awesome and Other Stories: How I Found God, Had Kids, and Lived to Tell the Tale”. She married her high school sweetheart, had six children with him, and now spends her days homeschooling, writing, and figuring out how to stay one step ahead of her child army. She blogs about faith and family life at clan-donaldson.com.