Synod Observer from the U.S. Shows What Family Evangelization Is All About 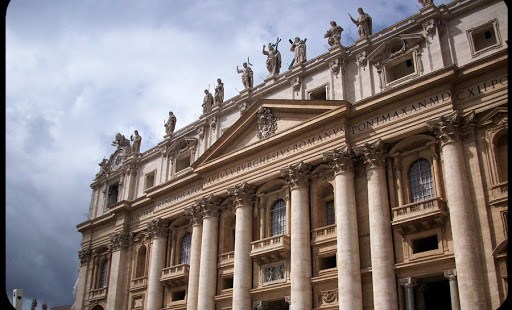 Numerous media outlets have discussed a Pew Research study about marriage that was reported one week ago. Most media coverage spun the survey findings something like this: American adults are shunning marriage in large numbers. Marriage is on the decline. Fewer adults view marriage as positive.

While this slant is partially right – there has been a significant drop in the number of adults aged 25 who have ever been married – there are key points in Pew’s research that the press conveniently overlooked in their quest to give the public a catchy sound bite and coherent narrative: Reporters forgot to tell us why the drop occurred.

The research points to a variety of reasons for the decline: people are marrying later in life, cohabitation is rising, and the public attitude toward marriage is shifting. However, nearly the same number of people believe that society is better off when marriage and children are a priority as those who think society is equally well off when people have other priorities. The research also suggests other factors that are contributing to the drop in marriages before the age of 25: difficulty finding the right person, rising costs associated with planning for the wedding and reception; and, simply not feeling ready to marry. What matters most to women is marrying someone with a steady job and shared ideas about having and raising children. For men, the most important consideration is that a woman has similar ideas about having and raising children.

There are a couple of other points that would have spoiled the media’s narrative. Nearly 2 out of 3 people think that couples who intend to spend a lifetime together should marry. Over half of the adults surveyed who have never married have a desire to marry in the future.

These research findings became concrete to both my husband and me upon arriving in Rome for the Synod on the Family. We met “Maria” (not her real name), a young woman who was our B & B hostess. Maria’s situation is one that I suspect is very common among 20-somethings living in Rome. Raised Catholic, she has lived with her boyfriend for over six years and wants to marry him. She thinks that he also wants to marry her. She believes he is the right man for her, except for one minor detail – he doesn’t have a steady job.

These details were gleaned from our morning chat over breakfast. Because experience is the best teacher, we invited Maria and her partner to attend the opening prayer service for the Synod with us. We had two extra tickets that would give them up-front, personal seating at the service. They were genuinely excited to go with us and learn why the Catholic Church was holding the Synod.

At the close of the prayer service – which included Scripture readings, actual witness talks from several married couples and an engaged couple, and remarks by Pope Francis, we asked Maria what she and her boyfriend took away from the ceremony. Two points came to her immediately. First, spouses have one job in marriage and that is to make each other better people. Secondly, spouses can endure the tough times with God’s grace and mercy. Neither she nor her boyfriend had ever looked at marriage in this light before.

The Pew research revealed that the news about marriage is probably as discouraging in the U.S. as it is here in Rome. The Synod will be addressing de facto unions that are neither civilly nor religiously recognized. The purpose and outcome of the discussion is to assist couples, like the one we met, to consider the truth about marriage revealed by God through the Catholic Church and to embrace it joyfully. Perhaps, the witness and prayer experienced by our young lovers at the opening Synod prayer service will move them to a Sacramental Marriage and the promise of a lifetime together. I don’t doubt that prayer and witness are part of the solution that we are seeking.

Alice Heinzen is the Natural Family Planning Coordinator in the Office for Marriage and Family Life in the Diocese of LaCrosse, Wisconsin. She and her husband, Jeff, who directs the Office, are in Rome, attending the Extraordinary Synod on the Family as observers (auditors) at the invitation of Pope Francis.