Feasting on the Faith with St. Francis 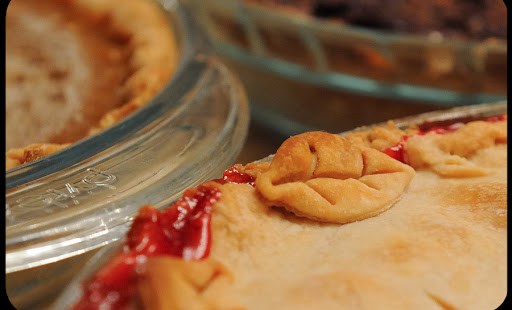 The perfect patron for a gloomy convert

This last weekend marked the Feast of St. Francis of Assisi. As per our usual custom, the Lu family celebrated it in full style, with the help of friends and our garden produce. On the occasion of my baptism in 2005, I asked St. Francis to be my patron, and ever since I have kept his feast as a kind of harvest festival. It’s a great day for sharing our garden’s final yield with friends.

St. Francis has long been one of the Church’s most beloved saints, for obvious reasons. He is warm and joyful, and his stories readily capture the imagination. Even so, my friends were somewhat surprised when I chose him for my patron saint. As a graduate student in philosophy, they expected me to choose a Doctor of the Church. I had my reasons, however. By the time of my conversion I was familiar with many saints, but Francis was the only one I had known and loved from childhood. As a girl, my father would occasionally read to me from the "Little Flowers of St Francis," and I was so totally charmed by this book that I soon picked it up on my own. (I still have that same old copy sitting on my shelf.) Years later, in the days leading up to my conversion, I found it comforting to think of Francis standing at the gates of my new Catholic home.

I needed that comfort, because my decision to swim the Tiber did not give me mental peace. Rather, I felt lonely and apprehensive. This is not, I believe, so uncommon for converts who come from more rigorously ordered religious communities, which include many Evangelical churches, Jehovah Witnesses, and in my case, the Mormons. Mormons give their members a very strong sense of being enmeshed in an active, supportive religious family. They take great pains to educate children the faith, and to involve them in community life from their earliest years. Mormons are extremely good at instilling a sense of identity in their members.

Since that was my paradigm for organized religion, I was fairly shocked by the ignorance and laxity that I witnessed in my Catholic classmates at Notre Dame. Few, it seemed, had read either the Bible or their own Catechism. Most were unable to explain their own Church’s teachings; in fact, they frequently didn’t know what they were. To a young Mormon this was frankly appalling. I didn’t understand why the members of such a grand and impressive faith (which is how I saw the Church at the time) would so often seem ashamed of it. By graduation I was the paradigm of the non-Catholic apologist, regularly explaining the Catholic faith to Catholics from the standpoint of a professed nonbeliever.

That couldn’t hold up forever. Three years later I found myself standing on the Church steps in my neophyte white, trying to view what had just happened as the joyful consummation of a happy journey. It took some effort not to feel sad, even though several kind friends had gone out of their way to make the occasion celebratory. I kept reminding myself that this was just the beginning, and I had in fact just gained an enormous and very diverse Christian family. But while I knew this was true, it was hard not to dwell on the Mormon community that I was leaving. The Catholic universe was undoubtedly bigger and grander, but it also felt colder and more forlorn. It was nice to be in a place where I could recite the “Credo” in good conscience, but I knew well how much I was losing, while the gains seemed more abstract.

Gloomy conversion stories generally improve over time. That’s because the ingredients that make for gloomy converts (moral conviction, for example) tend to pay off over the longer term. A Catholic parish generally doesn’t offer the kind of cultural support that one finds in a Mormon ward. Over time, I just had to accept that reality. I came to understand that, at least to some extent, the rigorous ordering of Mormon life is dependent on a kind of cultural uniformity that can’t be sustained over centuries and across wildly diverse cultures. The Catholic umbrella is simply too large for that kind of meticulous organization.