Sudden Infant Death Syndrome: Finally, We Have Some Answers 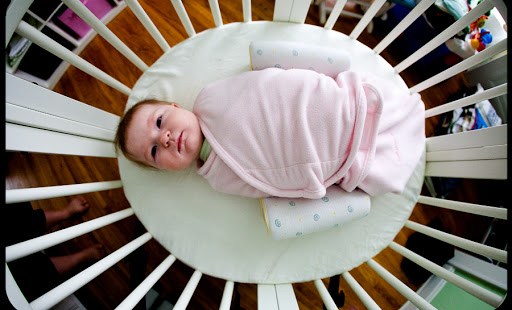 Research is shedding light on congenital causes for some “inexplicable” deaths

In my grandmothers’ days they called it “blue baby” or “cot death,” the terrible phenomenon doctors now call sudden infant death syndrome, or SIDS. It’s horrible when these babies come into the ER – found dead and blue in their cribs, the parents start CPR and call 911, hoping and praying for a miracle. It usually doesn’t happen. Instead, we finish the code and call time of death, then comfort the parents. It’s hard to explain to parents why their healthy baby suddenly died in his crib, without any apparent cause. Do these babies just die peacefully in their sleep? Or do they struggle to breathe and suffer? Could someone have prevented this? I never had answers to these questions, leaving parents to suffer in our medical ignorance.

Finally, we now have some real answers for parents about the cause of sudden infant death syndrome.

Research published in the medical journal "Pediatrics" shows that most infants who die of SIDS had underlying brain stem abnormalities. Specifically, they had abnormalities in serotonin levels and receptors, as well as GABA receptors and 14-3-3 (a protein that regulates serotonin). So it’s not just suffocation that causes SIDS. Babies who die of SIDS often have a brainstem abnormality that prevents them from responding appropriately to a lack of oxygen.

When you fall asleep with a blanket over your face, you wake up. But some babies have immature brain stems that can’t recognize this lack of oxygen correctly, so they don’t wake up and move.

We don’t know what babies have these brainstem abnormalities. There is no diagnostic test that can detect an infant at risk for SIDS. Dr. Hannah Kinney, the author of this and many other studies on SIDS, hopes to one day develop such a diagnostic test. For right now, though, SIDS can be prevented by keeping babies in safe sleep environments, putting them to sleep on their back and away from suffocation hazards. In her conclusions, Dr. Kinny emphasizes the need to continue practicing safe sleep for infants.

The "ABC’s" of SIDS help us remember how to keep our babies safe while sleeping:

Babies should sleep ALONE, on their BACK, in a CRIB.

Yet these ABC’s of safe sleep are the center of controversy, especially among breastfeeding mothers who share a bed with their baby. Bed-sharing increases the risk of infant suffocation. The vast majority of pediatricians agree that the safest place for a baby to sleep is in the same room as their mother but not in the same bed.

Dr. Sears, Dr. McKenna, and Dr. Burke are three pediatricians well known for supporting bed sharing, against research that shows cosleeping increases risk of SIDS. I applaud their efforts to improve maternal-infant bonding and breastfeeding. But I feel that the death statistics speak for themselves. In 2011, 57 Missouri infants died while sharing a bed with a parent according to the state’s Child Fatality Review program. And the risk of sudden death during sleep increases by 15 times when a parent sleeps in the same bed as an infant. It is true that substance abuse increases risk of bed-sharing death, as does sleeping with your infant on a couch. Parents should be specifically counseled about these risks. But many deaths were not associated with substance abuse or couch sleeping.

Supporters of bed sharing often tell me that humans have bed-shared with infants for most of antiquity. The difference today, however, is that modern American bedding is much softer and more prone to causing suffocation than the kind of bedding that has been used for most of antiquity. We also do not have statistics on how many infants died while bed-sharing through history.