Are the Oklahoma Beheading, Other Attacks Tip of the Iceberg for American Jihad? 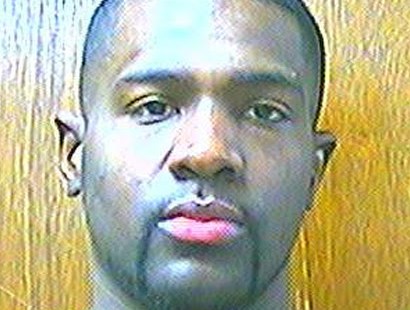 Authorities working on inoculating Muslim youth in US from radicalism

Meanwhile, 29-year-old Ali Muhammad Brown is accused of executing four men in New Jersey and Washington state earlier this year as part of a crusade to punish the the U.S. government for its foreign policy in the Middle East. Brown is alleged to have shot three men in Washington state, and is also charged with killing a 19-year University of Richmond student who was traveling home to New Jersey. In court documents, Brown described himself as a strict Muslim who was angry with the U.S. government’s military intervention in Iraq and Afghanistan.

In a particularly gruesome incident that echoed some of the Islamic State’s actions in Iraq and Syria, authorities said 30-year-old Alton Nolen beheaded a coworker and stabbed another person during a Sept. 25 attack in a food processing plant outside Oklahoma City. Nolen had been suspended from the plant after making a racist remark against white people, according to published reports.

Law enforcement authorities said they were investigating Nolen’s attack as an act of "workplace violence," though subsequent reports indicate that investigators discovered that Nolen had recently converted to Islam, and had made radical Islamic statements on social media. Nolen also attended an Oklahoma City mosque where the former imam, according to FBI documents, had ties to radical American cleric Anwar al Awlaki, who was killed in a U.S. drone strike in Yemen in September 2011, Brietbart News reported.

Khan cautioned that Nolen’s alleged motivation for attacking his coworkers is still not fully known.

"In this particular case, the FBI has not released much information," Khan said. "We don’t know if it was even planned or not. We just know he went into the workplace. We need to remember that this would not be the first case of someone who is mentally unstable killing others."

Turzanski noted the al Awlaki connection in Nolen’s background in pointing out the effective propaganda of Islamist groups.

"Whether it’s ISIS or whatever Al Qaeda-spawned or related or inspired Islamist group there is, they do manage through social media to be able to reach people in the West, and that has been very effective in terms of propaganda, recruitment and unfortunately, even in some cases, direction," Turzanski said.

Bill Relf, a geopolitical expert and author of the recent book "The Iranian Expert," told Aleteia that he believes the Western military presence in the Middle East increases the likelihood of jihadist-inspired terrorist attacks in the United States.

"The threat could be proportionate to what we do," Relf said. "If we have soldiers in the Middle East, killing ISIS, then that could launch a chain reaction in our country of people trying to launch terrorist attacks."

Western governments are keeping an eye on citizens who have used their passports to join the fight in Iraq and Syria, with concerns that they could return home radicalized and launch domestic terrorist attacks. However, Khan said that many Western Muslims who went to fight with ISIS have left disillusioned over that organization’s barbaric tactics. Khan said Western governments could help reintegrate those disillusioned Muslims, as well as obtaining valuable intelligence about the Islamic State’s leaders and strategy.

Turzanski said he believes jihadist movements such as the Islamic State are enjoying success against the West because of secularism.

"Secularists are especially incapable of dealing with Islamists because they don’t understand the motivation," Turzanski said. "I think the erosion of cultural confidence that I tie to the rise of secularism and the loss of moral authority on the the part of organized religion that has infected the West has left many countries incapable of recognizing the evil that is Al Qaeda and ISIS."

Brian Fraga is a daily newspaper reporter who writes from Fall River, Massachusetts.