Does Compassion Require that We Overlook the Intrinsic Harmfulness of the Homosexual Lifestyle? 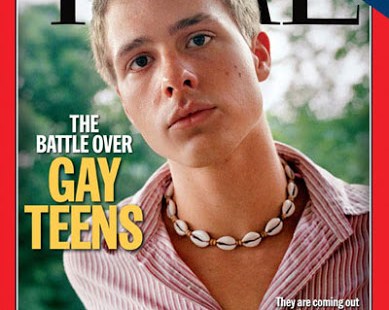 A compassionate approach that honors truth and genuine well-being

On the opening day of the Synod on the Family, Ron and Mavis Pirola – co-directors of the Australian Catholic Marriage and Family Council – sparked some confusion over the example they gave as a “model of evangelization.” They stated in part:
… the Church constantly faces the tension of upholding the truth while expressing compassion and mercy. Families face this tension all the time.

Take homosexuality as an example. Friends of ours were planning their Christmas family gathering when their gay son said he wanted to bring his partner home too. They fully believed in the Church’s teachings and they knew their grandchildren would see them welcome the son and his partner into the family. Their response could be summed up in three words, ‘He’s our son.’

What a model of evangelization for parishes as they respond to similar situations in their neghbourhood! …


Aleteia invited Rev. Paul Check, Executive Director of Courage International, to describe a model of evangelization that combines compassion with truth and seeks the best interests of men and women struggling with same sex attraction:

We can never be more pastoral than Jesus. Good God that He is, He knows well the weaknesses to which we are prone, especially in matters relating to love and affection. But He also sees the dignity in every human heart, because He placed it there. And He sees the potential for great nobility in each heart, too, because He knows the transforming power of His grace. The Communion of Saints bears witness to the goodness of God at work in the humble and trusting human heart.

“Only in truth does charity shine forth, only in truth can charity be authentically lived,” writes the Pope Emeritus in his last encyclical. “Without truth, charity degenerates into sentimentality.” God is both Agápe and Lógos, Pope Benedict reminds us.

To love people with same-sex attractions is to love them for their God-given and Christ-redeemed dignity. They are not less than any of the Father’s children. Like everyone, they deserve more than sentimentality. They deserve compassion … compassion founded on the truth of their humanity.

The story of our humanity begins in the book of Genesis. The two-fold expression of our nature is not heterosexual and homosexual, but male and female. God made Adam, but the first man was “blessedly incomplete,” as aptly put by Dr J. Budziszewski. Eve completes Adam … the two become one … each giving to the other what he or she did not possess in themselves.

So that life could be shared, because it is such a surpassing gift, Adam and Eve together were given by the Lord the power to co-create with Him. Sexual intimacy, according to the story of our origin, our identity, is integrally bound with fertility. That the contraceptive industry exists testifies, in a negative way, to this reality.

We can falter in embracing chastity – self-giving, self-forgetful love – as part of the “good news.” We can deliberately try to set aside, to our own detriment, God’s wisdom “from the beginning,” which does not mean so much a point in time, as it indicates a guiding and generous hand that crafts the human identity, an identity that reflects, and can share more deeply in, the divine identity through grace.

God’s pastoral, shepherd’s heart for spousal love, according to the testimony of Sacred Scripture, reveals itself in the complementarity of the sexes and the procreative potential of the sexual faculty. Only a man and a woman together have a “reproductive system,” in the words, again, of my friend Dr J. Budziszewski. Male and female genitalia only make sense in light of their complements. The sexual organs are best described as procreative organs. And procreation is how husband and wife share in the divine power to bring life into God’s kingdom.