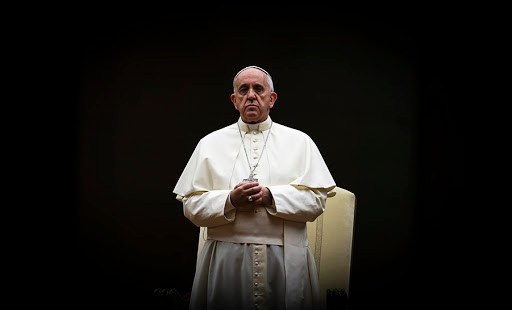 In latest interview, Pontiff responds to questions of family and Church

Pope Francis comes down on the side of collaborative governance, in his latest interview with a secular news outlet.

As the Synod of Bishops gathered this week to discuss the family, Argentina’s La Nacion newspaper released its interview with Francis, which had been conducted in his home in the Vatican.

La Nacion, interspersing the Pope’s words with commentary, noted that the Argentinian Pontiff “has let go of the reins of the synod,” according to a translation by LifeSiteNews.

Pope Francis comments, “That’s the synodal practice that I like. All should speak their mind freely. Freedom is always very important.”

More broadly, synodality, or collegiality, a collaborative approach among the bishops of the Church and the Bishop of Rome, is his preferred method in governing the Church. Church governance, he insisted, “is in my hands, after I receive the necessary advice.”

The newspaper noted that the style Francis described can be found in the relationship he has with the bishops of Argentina. “He gave them full freedom to fix their positions on public issues," wrote reporter Joaquín Morales Solá. “However, he unequivocally reserves his right to the appointment of bishops. The Conference of Bishops and the Nunciature often send the lists of candidates for the appointment of new bishops. Then the Pope must choose one of these candidates. Francis has already returned some of these lists because he did not like any of the candidates.”

But the synodal appraoch also requires patience, as the Pope recognized in assessing the synod. With some 200 bishops from around the world debating issues pertaining to the family, Francis said flatly, "Do not expect any final positions next week."

Morales asked Francis if he was concerned about a book co-authored by five cardinals, Remaining in the Truth of Christ, which addresses the  controversial intervention made by German Cardinal Walter Kasper during the Extraordinary Consistory of Cardinals in February 2014. Cardinal Kasper called for a “paradigm change” and “more pastoral and spiritual procedures” to allow divorced and remarried Catholics to receive the Eucharist after a period of reorientation. Morales suggested that the new book, among whose contributors is Cardinal Raymond Burke, is “critical of your positions.”

“Everyone has something to contribute,” the Pope responded. “I even enjoy debating with the very conservative, but intellectually well formed bishops.”

Nonetheless, he said, for him, “the new habits of today’s youth” are of equal importance as questions of divorce and remarriage. At the top of the list is the problem of “young people who … not getting married at all.  It is a culture feature of our times.  So many young people prefer to live together without marrying.  What should the Church do? Expel them from its breast? Or, instead, approach them, embrace them and try to bring them the word of God? I’m with the latter position," he said.

"The world has changed and the Church cannot lock itself into alleged interpretations of dogma,” the Pope concluded. “We have to approach social conflicts, new and old, and try to give a hand of comfort, not to stigmatize and not to just impugn."