WHO Says Chance of Ebola Spreading in US “Very Slim” 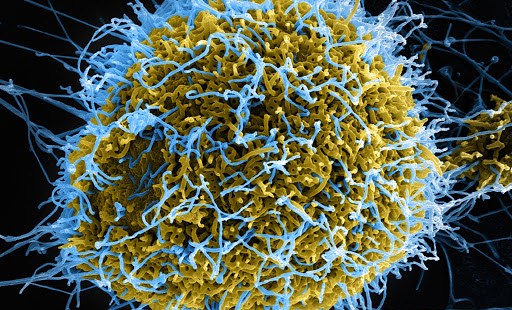 Doctors in Dallas say a man from Africa being treated for Ebola remains in critical condition but has stabilized somewhat, and that he is receiving an experimental drug.

In Spain, authorities are trying to determine how a nurse contracted the deadly virus.

And in Washington, President Barack Obama said the US will increase passenger screening.

Dan Epstein, spokesman for the World Health Organization, spoke with Aleteia about what the WHO is up against in trying to stem the tide of the epidemic in Africa, how concerned Americans should be about the spread of the disease and how prepared US hospitals would be in the event of a wider outbreak.

What are the chances of the Ebola infection spreading beyond Thomas Duncan in Dallas?

Very slim. It’s hard to predict, though it is not out of the realm of possibility.

Are US hospitals prepared for an Ebola outbreak in the US?

US hospitals get their guidance from the Center for Disease Control and Prevention, the CDC, on measures they have to take to identify Ebola patients, as well as control measures. Awareness of the disease has definitely ramped up now because of all the media coverage.

Is it possible for a person to catch Ebola simply by touching another person’s arm that has Ebola, and touching their sweat?

Yes, you can catch it this way. If you touch someone’s sweat and then rub your eyes or nose, you can potentially catch Ebola because the Ebola virus can live in your sweat.

Do you feel that the media has been covering this issue well?

In the US, the issue has been sensationalized. This is largely because people are not informed. It is feeding on people’s fears.

Some members of the media have been advocating for a total ban on airplane travel to and from West Africa. What is your opinion on this?

The WHO has said there should be no general ban on international travel and trade with West Africa. We suggest that nations provide Western Africa with people to deal with Ebola. We have many aid workers going there. We are actually recruiting people to go there now. We are building a whole series of Ebola Treatment Centers.

What does WHO have on the ground in Western Africa to deal with Ebola?

In Liberia, we have 500 beds. In the next two weeks, we will open 2,500 more beds in Liberia. We have a general design and template of how to build and operate an Ebola Treatment Center. We are working with partners in the US and the Liberian government to help us build them. We are also building 1,500 community care beds. These are located in the villages. We had many instances when people with Ebola would travel to the cities and not get into hospitals. These community care beds are a way to isolate people within their own villages. In Sierra Leone we have 400 beds for Ebola patients, and are building Ebola Treatment Centers to house 600 more beds there.

How many staff does WHO have on the ground in West Africa?

We have 400 people on staff on the ground. It is not nearly enough.

The US government is sending 3000 military personnel to build Ebola Treatment Centers. My understanding is that they will not be treating Ebola patients directly, only training locals to do it. Are there enough local health care workers to train? Does Liberia, Sierra Leone and Guinea need more doctors and nurses?

No, there are not enough doctors and nurses. We need many more health care workers to help in Africa.
My understanding is that the US government will also be building a separate center to help treat medical staff that get infected with Ebola.

We at WHO are making a huge effort to recruit and train people to go to West Africa. We have one person in charge of forming medical teams. What we need is more foreign medical teams on the ground. People can volunteer by going to a section on our web page. But we are not the only organization there. There are: Doctors Without Borders, Christian mission groups, the Red Cross, International Medical Corps, etc.