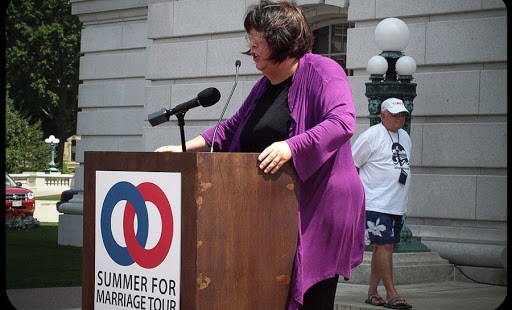 Weighing Cardinal Peter Erdö’s opening remarks and how they apply to the U.S. marriage crisis

The current crisis in marriage and family life arises from "a cult of momentary well-being," stated Cardinal Peter Erdö, the relator general of the 2014 Synod of the Family. In his opening speech, one which traditionally sets the tone for the whole synod, the Cardinal emphasized that “many look upon their lives not as a life-long endeavour but a series of moments in which great value is placed on feeling good … . The future appears threatening, because it may happen that in the future we will feel worse.”

This view of the current marriage crisis is shared by Maggie Gallagher, founder of the National Organization for Marriage and the Institute for Marriage and Public Policy. “Too many of us no longer believe it is possible to make a lifetime vow of love and live up to it,” so we become trapped in “alienation from our deepest longings,” she explained.

This widespread emotional and spiritual malaise can only be overcome by a “truth cure," that is, the joyful good news of sacramental marriage, according to Cardinal Erdö. The main ingredients of this truth cure, he remarked, involve cooperation between bishops and priests, laypeople, Church juridical structures, and social institutions. Bishops and priests need clearer directions, laypeople need better education in the faith, annulment procedures need reform, and governments need better policies. To reverse the decline in stable, life-long commitment, everyone needs to work together.

In light of ongoing disputes in the Church over how to treat cohabiting couples, same-sex couples and their children, and the divorced and civilly remarried, it comes as a relief to hear that the Synod hopes to offer "clear guidelines" to bishops and pastors on how "to help those living in difficult situations," as Cardinal Erdö announced. "It is unrealistic to expect that by themselves" the bishops will find the right solutions, he continued. Above all, local pastors must avoid "the improvisations of a ‘do-it-yourself ministry’ which ends in making the acceptance of the Gospel of the Family more difficult," he said.

The Cardinal cautioned that the Church must offer truth tempered with mercy, rather than a superficial form of tolerance that hides "a basic indifference and inability to be attentive." The Church should combat error and "affirm the indispensable value of the truths of the indissolubility of marriage," but with “recourse to the medicine of mercy rather than … the weapons of rigidity," he noted.

Although specific Church teachings on marriage and family are not well-known, "this does not mean that the teaching, in principle, is put in doubt.” Therefore, "what is being discussed at this synod of an intense pastoral nature are not doctrinal issues, but the practical ones," he said. This further insistence by Synod leaders that doctrinal issues are not up for grabs will, one hopes, silence those who are clamoring for impossible and impractical doctrinal changes.

As cultural conditions have degenerated to the point where pro-marriage messages are rarely heard and barely understood, the burden has fallen increasingly on the Church to showcase the goodness of married and family life. Marriage preparation, or “pre-Cana” programs, are an essential way to spread that message, and the cardinal’s opening speech focused strongly on them. Cardinal Erdö stressed that the primary tasks of pre-Cana programs are to "show the value and attractiveness of a life-long bond" and help engaged couples "conquer their legitimate fears" about their emotional and financial security.