“Blue Bloods” Blooper Exposes Confusion about the Church and Gays 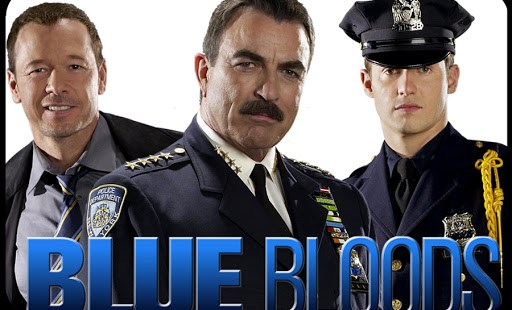 For any Catholic marginally aware of what the Church teaches (from sources other than the mainstream media) it comes as a huge surprise to hear anyone claiming that the Church is "anti-gay" or condemns same sex attraction (SSA). But there was New York City Police Commissioner Frank Reagan in a press conference Friday night in “Blue Bloods” – the most affirmingly-Catholic, high-quality weekly drama in memory – and he muffs his response to an obnoxious reporter.

Reporter: The Catholic Church condemns homosexuality as a sin and the Commissioner is famously Catholic. How do you line up your anti-gay faith with your role as an equal-opportunity employer?

Reagan (Tom Selleck): What my men and women do in private is their own business.

Reporter: So you only condemn homosexuality on a Sunday?

Reagan: Well, I do believe that the Church is a little behind the times on this, but then I still miss the Latin Mass.

From the standpoint of employment law, Commissioner Reagan cannot care about the sexual orientation of his employees. But, he failed to correct the reporter’s idiotic assumption and to defend the Church’s teaching. He soon realized that he’d goofed and was quite willing to issue an apology or retraction or explanation of sorts (especially after a visit from His Excellency the Archbishop, a long-time friend), but in the end, Frank Reagan couldn’t find a way to express or to reconcile his allegiance to Church teaching and his allegiance to his force of 35,000 men and women, some of whom were likely to be gay or lesbian.

A great opportunity to evangelize and he swung and missed.

Yet the writers are skilled at having Reagan family members resolve their moral dilemmas in a way consistent with the faith by finding the right mix of justice and mercy. Characters even apologize and go to Confession when they’ve messed up. Four generations of Reagans attend Sunday Mass and then have Sunday dinner together, saying grace before the meal. So why couldn’t they have the Commissioner say something like this:

While the Church teaches that homosexual acts are disordered, persons “who have deep-seated homosexual tendencies … must be accepted with respect, compassion, and sensitivity. Every sign of unjust discrimination in their regard should be avoided” (CCC, nos 2357-2358).

Last week in an article he wrote for Aleteia, Father Paul Check, Executive Director of Courage International, addressed this point clearly and sensitively:

To love people with same-sex attractions is to love them for their God-given and Christ-redeemed dignity. They are not less than any of the Father’s children. Like everyone, they deserve more than sentimentality. They deserve compassion … compassion founded on the truth of their humanity.
….
Our fallen nature can be especially vulnerable to many forms of unchastity: masturbation, fornication, contraception, adultery, pornography … and homosexual activity. Each of these actions falls outside the limits of the humanity of which God is the author. If we fail to lead people away from any of these sins, we fail first in truth and then in compassion. …

Friends of ours were planning their Christmas family gathering when their gay son said he wanted to bring his partner home too. They fully believed in the Church’s teachings and they knew their grandchildren would see them welcome the son and his partner into the family. Their response could be summed up in three words, "He’s our son.”

Cardinal Burke rejected the idea of “welcoming” of the partner into the family to edify the grandchildren, saying:

We wouldn’t, if it were another kind of relationship — something that was profoundly disordered and harmful — we wouldn’t expose our children to that relationship, to the direct experience of it. And neither should we do it in the context of a family member who not only suffers from same-sex attraction, but who has chosen to live out that attraction, to act upon it, committing acts which are always and everywhere wrong, evil.

And so, families have to find a way to stay close to a child in this situation — to a son or grandson, or whatever it may be — in order to try to draw the person away from a relationship which is disordered.

And we know that with time, these relationships leave the person profoundly unhappy. And so it’s important to stay [as] close as one can. But, that particular form of relationship should not be imposed upon family members, and especially upon impressionable children. And I urge parents or grandparents — whoever it may be — to be very, very prudent in this matter and not to scandalize their children or grandchildren.