Think People in a “Vegetative State” Are “Brain Dead”? 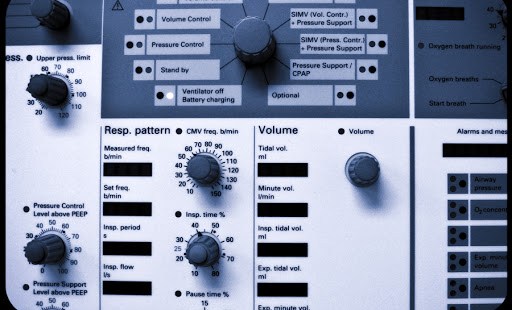 Not for nothing was the great film director Alfred Hitchcock dubbed the “Master of Suspense.”

“Breakdown,” an episode from his original TV series, Alfred Hitchcock Presents, is one of the many reasons why.

In the episode, a man gets into a car accident that leaves him almost completely paralyzed. Eventually, the sheriff and his men come upon the accident. But because the accident victim can neither move nor speak, the sheriff assumes he is dead and has him placed in the town morgue. A voice-over allows the viewer to hear the victim’s thoughts as he desperately, and with increasing panic, tries to communicate to those around him that he is not dead. In the final seconds of the episode, a tear rolls down the victim’s cheek, signaling to those observing him that he is not dead after all.

While Hitchcock used this tale of a man in a non-responsive state to create a story of ever mounting suspense, neuroscientists have recently, in a novel experiment, used Hitchcock’s same mastery of suspense to communicate with PVS (persistent vegetative state) patients who, like the character in “Breakdown,” no longer seem able to respond to those around them.

The researchers created an abridged version of another highly suspenseful episode from Alfred Hitchcock Presents to show to both PVS patients and healthy participants in the experiment. They chose a Hitchcock episode because watching his work – characterized by the building of successive and more intense levels of suspense – would require processing by those areas of the brain associated with higher cognition (“executive processing”). The researchers used functional magnetic resonance imaging (fMRI) to monitor the brain activity of both groups while they watched the episode.

The healthy participants all showed similar patterns of brain activity, both executive processing and sensory (visual and sound) processing.

As did one of the two PVS patients involved in the experiment, a 34-year-old man who had been in a vegetative state for 16 years, since he was 18 (the other patent, a 20 year old woman, showed signs of sensory processing only). His brain activity while watching the episode “was actually indistinguishable from a healthy participant watching the movie,” says Adrian Owen, a neuroscientist and lead researcher on the experiment.

“We think he is understanding it and following it,” said Lorina Naci, the co-lead on the study.

This is the just the latest experiment conducted by Owen to identify conscious brain activity in PVS patients. His most famous experiment came in 2006 and involved a 23-year-old woman who was unresponsive and in a vegetative state five months after a traffic accident. Owen asked her to imagine playing tennis and then to imagine walking through a house – each activity being associated with activity in different parts of the brain. Her response was similar to that in healthy people, as Owen observed activity in the two different parts of the brain associated with playing tennis and walking through a house.

Owen further refined this test by asking the 23-year-old PVS patient to answer questions by imagining playing tennis for a yes answer and walking through a house for a no. The pattern of brain activity associated with her responses showed the patient answered five of the six questions correctly (there was no signal detected for the sixth).

The results of these and similar tests conducted by Owen and his team show up to one in five patients thought to unresponsive as actually displaying signs of conscious brain activity.

Owen’s research highlights just how little is known about consciousness and cognition in PVS patients and those otherwise considered to be unresponsive or “brain dead.” Perhaps even more mysterious given our current understanding are those cases of patients “awakening” – suddenly and almost always unexpectedly – from an unresponsive state. Only adding to mystery is the fact that quite often such patients have clear recognition of events and conservations that took place while they were unresponsive – including conversations on euthanasia, or more colloquially, “pulling the plug.”