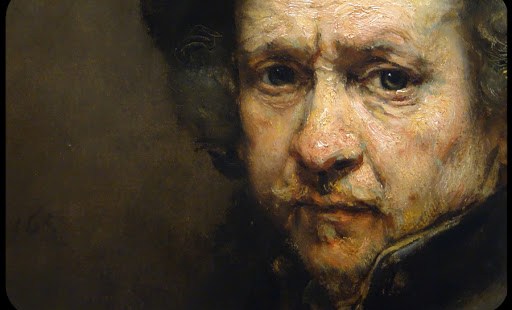 A new exhibition sheds light on the religious convictions and personal life of the artist.

A special art exhibition dedicated to the later works of Dutch painter Rembrandt van Rijn is set to open on the 15th of October, at London’s National Gallery. The exhibition is co-organised by the Rijksmuseum, Amsterdam.

‘Rembrandt: The Late Works’ will showcase the works produced in the final years of the painter’s life. According to the National Gallery, the exhibition “examines the themes that preoccupied Rembrandt as he grew older: self-scrutiny, experimentation, light, observation of everyday life, and even other artists’ works; as well as expressions of intimacy, contemplation, conflict, and reconciliation.”

“The Late Works” will focus on paintings from the 1650s until Rembrandt’s death in 1669 at the age of 63, a remarkably fruitful period for the artist. "These works include some of the most familiar and best loved of Rembrandt’s paintings: ‘A Woman bathing in a Stream’; his unflinching ‘Self Portrait’ at the Age of 63; and ‘The Jewish Bride’” the gallery says. When Vincent Van Gogh saw ‘The Jewish Bride,’ he said, "Would you believe it – and I honestly mean what I say – I should be happy to give ten years of my life if I could go on sitting here in front of this picture for a fortnight, with only a crust of dry bread for food."

Other works, for which he is famous, include: "The Return of the Prodigal Son" (1666) held by the Hermitage Museum in St. Petersburg, "Titus as Monk" (1660), and a series of self portraits.  Following the Protestant revolt by the likes of Luther and Calvin, the local churches no longer provided artists with any commissions as the Catholic Church did in other countries. As a consequence, artists like Rembrandt had to concentrate on commissions from private individuals.

Rembrandt Harmenszoon van Rijn was born in Leiden in the Netherlands in 1606. His mother was Roman Catholic, and his father belonged to the Dutch Reformed Church. Since the 19th century, much of his work has been studied through the lens of protestant influence, revealing a deep Christian faith. However, there is no evidence that Rembrandt formally belonged to any church, although he had five of his children christened in Dutch Reformed churches in Amsterdam.

Some art historians and biographers hold that during his early 20s, Rembrandt was involved with the Leiden Mennonite community. However, one recent academic, Mary Christine Barker, has re-investigated the Christian understanding of his works, particularly the presence of the Virgin Mary. "Marian subjects are not religious works manipulated to a Protestant understanding but are artworks that show, both overtly and covertly, that Rembrandt was aware of and actively acknowledged the place of the Virgin Mary, both in the Catholic visual tradition and in the contemporary Catholic theology of his age," she has written. It has also been noted that the painting of the martyrdom of St. Stephen depicts him in the robes of a Catholic deacon, produced during his "Mennonite" period, in 1625.

Much of Rembrandt’s life was marked by tragedy. He married Saskia in 1634. In 1636, Saskia gave birth to their first son, Rumbartus. He died after two weeks. Over the next four years, two more children were born, but died soon after. In 1641, a fourth child, Titus, was born. In 1642, Saskia died at the young age of 30. Rembrandt was left to grieve for his wife and care for his young son alone.

Rembrandt then took on a servant to help him. He had a relationship with her, but then took on a second servant, and fell in love with her. The first lover took umbrage, and Rembrandt to court. As a result, she found herself sent to a correctional facility. He never married his new lover, due to a clause in his first wife’s will to do with the inheritance she left him, which he would have lost