The Eucharist and the American Chestnut 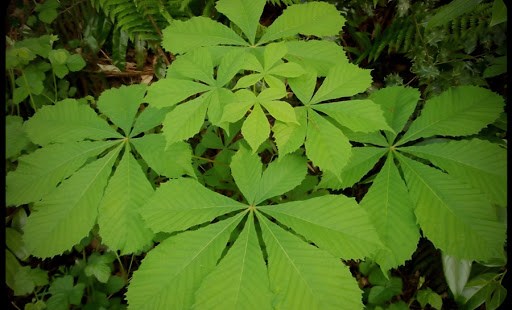 A tale of rebirth and renewal

The American Chestnut tree is something of a bittersweet legend. Once accounting for more than 25% of the forests east of the Mississippi, the tree was absolutely vital to animals and humans alike. The wood of the tree was used in everything from railroads to ship masts to furniture and barns. The nuts, rich in protein, helped many a human and animal survive the winter. People said that chestnut was used from the cradle to the grave, as cribs and coffins were frequently made from the wood.

Then, in 1904, the Bronx Zoo noticed its chestnut trees succumbing to a blight. In less than ten years, every single chestnut tree in New York was dead. In less than thirty years, the American Chestnut was all but gone from the world. An airborne fungus, probably carried over on imported ornamental Japanese Chestnut trees, was the culprit, and it left devastating wreckage in its wake – some four billion trees killed.

But the interesting and heartbreaking thing about the American Chestnut is this – while the trees were all dead, some of the rootstock lived on, deep below ground, mostly unaffected by the blight. From these surviving roots, chestnut saplings occasionally emerge, a sort of botanical Lazarus, a sign of life triumphant over death. In the woods behind my house, there are dozens of such trees, and I pass them on my morning walks with an emotional response that surprises me with its intensity. Grow trees! I whisper fiercely to them. Maybe this time the tree has grown a resistance to the blight! Maybe this time the tree will survive and thrive.

It never lasts, though. The fungus, now forever part of America’s environment, inevitably kills the saplings before they reach sexual maturity. By the time the tree reaches 10-15 feet, you can already see signs of the fungal damage, huge cankers that will kill the sapling to the ground, but not all the way to the root. From there, the cycle will repeat, with some of these living stumps beating the odds and surviving just long enough to produce seeds to continue the genetic ghost of the chestnut.

The story is a pretty fitting metaphor for the human condition, since it’s not hard to see humanity in the rise and fall of the American Chestnut. Original sin is the blight on our soul that weakens us and makes us susceptible to all the other sins. We stumble, we fall, and we rise up again only to once more plunge into sin. Even the saints, who like those rare few trees that live long enough to spread seeds in the forest, harbor the blight, and will ultimately die from it.

It would be one of the more depressing metaphors nature gives us, if that were the end.

But it’s not. It’s not, because there are a handful of trees that exist without ever being affected by the blight. There are stands of American Chestnut in Michigan, Georgia, Wisconsin, and the Pacific Northwest. All of these trees are completely unaffected by the fungus – one notable tree in Ohio was the only survivor in a grove of dead and dying. These trees are now being used in “back crossing”, where the genetic material from blight-resistant trees is being combined with typical, susceptible trees, and slowly breeding specimens that are able to withstand the effects of the fungus.

It doesn’t take a theologian to see the Eucharistic overtones in that. That by receiving the body, blood, soul and divinity of the sinless Son of God into our sinful, weakened bodies, we are slowly transformed into people better able to resist the canker of sin. That a slow and steady exposure to the Eucharistic Lord will create a stronger us; that it will create an us that, someday, if we stay close to Him, will rise from underground roots, grow upwards, and not be cut down by sin.

That last part will only take place in heaven, as sin cuts all of us down, but I’m hopeful that someday I’ll make it there, and I’m crossing my fingers that the heavenly landscape includes American Chestnut.

Cari Donaldson
is the author of
“Pope Awesome and Other Stories: How I Found God, Had Kids, and Lived to Tell the Tale”.
She married her high school sweetheart, had six children with him, and now spends her days homeschooling, writing, and figuring out how to stay one step ahead of her child army. She blogs about faith and family life at clan-donaldson.com.