Clash of the Straw Men 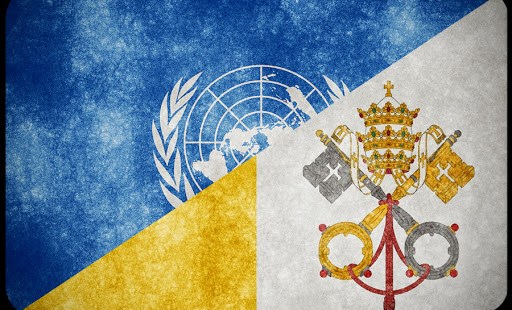 Two recent speeches by senior Vatican officials whose responsibilities involve wrestling with world politics suggest that some default positions need a re-set in the Holy See.

In both speeches, reference was made to the late Samuel Huntington’s book, “The Clash of Civilizations and the Remaking of World Order,” the point being to deplore what the officials imagined as Huntington’s eager anticipation of inter-civilizational conflict. That’s attacking a straw man in a very unfortunate way.

To reduce Huntington’s argument to essentials:

1) The fault lines in world politics after the Cold War are not ideological or economic (communism vs. democracy and the market); the new fault lines are cultural.

2) Nation-states will remain the primary actors in international affairs, but they’ll be organized into blocs reflecting cultural affinities rather than ideological commitments or competing economic systems.

3) The vast majority of political scientists and international relations theorists are unaware of this massive shift in the tectonic plates underlying world politics because they’re materialists for whom all that counts is politics (the quest for power) and economics (the quest for wealth). This blindness leaves public officials (who often share this materialist bias) terribly vulnerable to events whose origins they cannot grasp, or even imagine.

4) Understanding what’s afoot in the world thus requires paying attention to realities usually ignored among political scientists, international relations theorists, and politicians, such as the enduring importance of religious conviction in forming cultures, for good or ill.

Sam Huntington, a son of WASP America who took great interest in my work on Catholicism’s role in the collapse of communism, was not predicting inevitable mayhem along the civilizational/cultural fault lines he identified. But he was alerting us, in 1993, to the new facts of life in world politics. And he was urging both theorists and statesmen to recalibrate their thinking in order to manage the tensions that would inevitably arise along those fault lines. Huntington’s original 1993 article, and the book that followed in 1996, are still worth reading, not least because "The Clash of Civilizations" was the first book in generations in which a world-class political scientist took religion seriously as a dynamic, influential, and sometimes determining factor in world affairs.

Huntington’s sensitivity to religion-and-world-politics ought to have commended his analysis to the Vatican for thoughtful consideration and serious discussion.  Instead, Huntington-the-straw-man-who-prophesied-endless-civilizational-war is dragged out whenever it’s deemed necessary for officials of the Holy See to say that “a war between Islam and ‘the rest’ is not inevitable” (true, if the civil war within Islam is resolved in favor of those Muslims who support religious tolerance and pluralism); or that Christian persecution and dislocation in the Middle East must be handled through the United Nations (ridiculous); or that the path to peace lies through dialogue, not confrontation (true, if there is a dialogue partner who is not given to beheading “the other”).

The Huntington proposal is not beyond criticism. But Huntington accurately described the Great Change that would take place in world politics after the wars of late modernity (the two 20th-century world wars and the Cold War); he accurately predicted what was likely to unfold along what he called Islam’s “bloody borders” if Islamists and jihadists went unchecked by their own fellow-Muslims; and he accurately identified the fact that religious conviction (or the lack thereof, as in Europe) would play an important role in shaping the 21st-century world. Thirteen years after 9/11, and in light of today’s headlines, is Huntington’s proposal really so implausible?

There is something very odd about a Holy See whose default positions include a ritualized deprecation of the Huntington thesis married to a will-to-believe about the U.N.’s capacity to be something more than an echo chamber. Of all the major players in the world, the Catholic Church should be at the forefront of acknowledging the central role of culture in shaping world politics and the crucial role of religion in shaping culture.

One hopes that the reforming pontificate of Pope Francis changes, not only Vatican structures, but entrenched bad ideas behind the Leonine Wall.

George Weigelis a senior fellow of the Ethics and Public Policy Center in Washington, D.C.