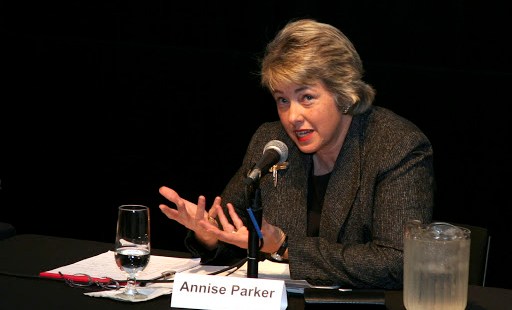 The City of Houston is backtracking on a demand that certain Christian pastors in the city hand over sermons they have given in their churches, especially those concerning homosexuality.

But the outcry over the move continues, and one pastor is calling for widespread sermons on the subject this Sunday.

Fox News reported Tuesday that Houston city attorneys issued subpoenas demanding a group of pastors turn over any sermons dealing with homosexuality, gender identity or Annise Parker, the city’s first openly lesbian mayor. And those ministers who fail to comply could be held in contempt of court.

“This is an attempt to chill pastors from speaking to the cultural issues of the day,” Steve Riggle, senior pastor of Grace Community Church, told Fox News. “The mayor would like to silence our voice. She’s a bully.” Riggle has not yet responded to an interview request from Aleteia.

Responding to an email request for an interview with city attorney David Feldman Wednesday, two seperate spokespersons for the city told Aleteia that Mayor Parker “agrees with those who are concerned about the city legal department’s subpoenas for pastor’s sermons.”

“The subpoenas were issued by pro bono attorneys helping the city prepare for the trial regarding the petition to repeal the new Houston Equal Rights Ordinance (HERO) in January,” said Press Secretary Darian Ward. “Neither the mayor nor City Attorney David Feldman were aware the subpoenas had been issued until yesterday. Both agree the original documents were overly broad.  The city will move to narrow the scope during an upcoming court hearing. Feldman says the focus should be only on communications related to the HERO petition process.”

The five pastors who were subpoenaed were part of a coalition of some 400 Houston-area churches that opposed the Houston Equal Rights Ordinance. The bill, whose opponents have dubbed it the “bathroom bill,” would, would among other things, allow all people dressed in women’s clothing, regardless of gender, to have access to women’s restrooms in all Houston businesses.

The subpoena to the five pastors includes the requirement to produce "all speeches, presentations, or sermons related to HERO, the Petition [to overturn the ordinance], Mayor Annise Parker, homosexuality, or gender identity prepared by, delivered by, revised by, or approved by you or in your possession."

Alliance Defending Freedom, a public interest law firm specializing in religious freedom, filed in the District Court of Harris County a motion to quash the subpoena. In an accompanying letter, the ADF commented: “The message is clear: oppose the decisions of city government, and drown in unwarranted, burdensome discovery requests. These requests, if allowed, will have a chilling effect on future citizens who might consider circulating referendum petitions because they are dissatisfied with ordinances passed by the City Council.”
Michael Brown, author of A Queer Thing Happened to America, is calling on pastors in Houston to address the issues of homosexuality and transgenderism this Sunday.

This should be done respectfully, in the spirit of Acts 4:19-20; 5:28-29,” Brown said. “To my fellow-leaders in Houston and around America, let’s seize this moment and use it for the glory of God, preaching His love for all people and His real interest in those who identify as LGBT while at the same time proclaiming that His ways are best, that marriage is the union of one man and one woman, and that gender distinctives are not to be discarded or despised.”