Is the Pope’s “Accent on Mercy” the Solution to the Culture Wars? 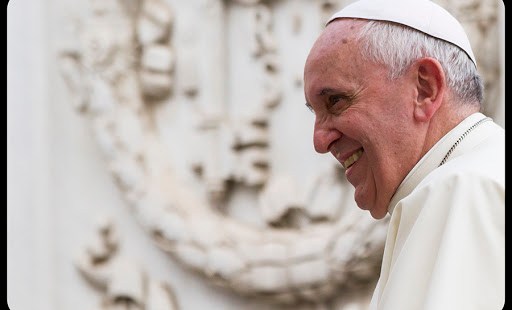 Balancing the teaching office with the message of mercy and grace

What is it about mothers and that new baby smell? An interesting study published last year in "Frontiers of Psychology" confirmed earlier studies showing that odors are a particularly strong positive behavioral stimuli for human mothers and that, reciprocally, “infants are highly reactive to maternal odors.” The report concludes that “body odors might act as a catalyst” for mother-infant bonding.

Fascinating, then, that the same Pope who has stressed the motherhood of the Church has also urged her to “take on the smell of the sheep” (Evangelii Gaudium, 24). He says an evangelizing church "kneels to wash feet," "gets involved," "bridges distances," "abases itself if necessary," "embraces human life, and touches the ‘suffering flesh’ of others."

How can the Church become more like this? Francis believes the way is the way of mercy. In the very heart of Evangelii Gaudium he quotes the Angelic Doctor to this effect: “Thomas explains that, as far as external works are concerned, mercy is the greatest of all the virtues: ‘In itself mercy is the greatest of the virtues, since all the others revolve around it and, more than this, it makes up for their deficiencies.’” (EG, 37) When he proceeds to the pastoral consequences of this way of mercy, the Pope says that “when we speak more about law than about grace” an imbalance results in which our message ceases to have “the fragrance of the Gospel.” (EG, 38-39)

Now, in a time of nearly universal confusion about God and men, how do we bring a message of grace and mercy without neglecting the teaching office of the Church? Because there are at least two apparent difficulties with this. First, teaching often offends in itself, especially when it concerns matters of marriage and family.Merely describing what we believe feels like an attack on those who live differently. Distance opens sharply between us where we are supposed to foster a close maternal bond. How can we smell like the sheep if the sheep smell like what is inimical to human nature?

A second difficulty is that speaking about grace and forgiveness more than the law seems to risk a problem of moral hazard, where people live badly because they think they will be forgiven no matter what they do.  This is a real concern.  We see behavior consistent with moral hazard in all sorts of ordinary contexts – why not also in spiritual matters? There is no easy answer to this. The only thing one can say, in a spirit of sober assessment, is that there is an awful lot of taking-grace-for-granted going on already: people looking for food without thinking of Christ crucified.

These are hard questions. And so in this sense, the Pope is pushing us to resolve a difficulty – in Newman’s sense – about the evangelizing mission of the Church. A "difficulty" is different from a "doubt." To doubt is to question whether a thing can be done. But to have a difficulty is to ask rather how it will be done. Such a question starts from faith and asks the means. A doubt presumes the means and questions faith.

I suspect this is what Francis hopes for from the Synod – the rough working out of a way of mercy as applied to what is arguably the most pressing humanitarian crisis of our day: the epidemic failure to live marriage and family in a manner consistent with authentic human flourishing. Consider these lines from the opening of the preparatory document for the synod:

This accent on mercy has had a great impact even in matters relating to marriage and the family, in that, far removed from every kind of moralism, it confirms the Christian outlook on life and opens new possibilities for the future, no matter what the personal limitations or the sins committed. God’s mercy is an opening to an ongoing conversion and a continuous rebirth. (Preface,
Instrumentum Laboris)