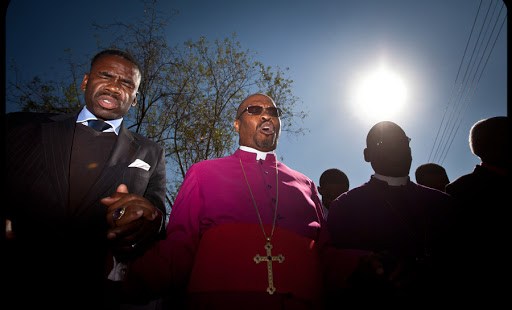 Why should the universal Church have different teachings for different cultures?

In an interview with Zenit published Wednesday, Cardinal Walter Kasper pointed out the cultural differences between the West on one hand and Africa and Asia on the other with respect to issues being discussed in the Extraordinary Synod – such as the acceptance of homosexuality:

The problem, as well, is that there are different problems of different continents and different cultures. Africa is totally different from the West … especially about gays. You can’t speak about this with Africans and people of Muslim countries. It’s not possible. It’s a taboo. For us, we say we ought not to discriminate, we don’t want to discriminate in certain respects.

The Cardinal stated that the Synod’s African participants are not being listened to on issues concerning gays, as a result of this cultural gulf. For that reason, he expects that in the Synod’s final report, “there must be a general line in the Church, general criteria, but then the questions of Africa we cannot solve. … But they should not tell us too much what we have to do.”

Obianuju Ekeocha, a Roman Catholic from Nigeria who now works as a biomedical scientist in England, responded to these comments on Culture of Life Africa, an organization of which she is a founding member. The text of her statement follows:

Many Africans have been prayerfully following the reports from the Extraordinary Synod. As I say this I think of my mother who is living out her faith in the small city of Owerri in Nigeria. She has assured me that many of the women in her small parish are fervently praying for all the Synod Fathers, that they may be strengthened and sustained by the Holy Spirit during this important synod. Many of these women in my home parish where I grew up are materially poor but spiritually rich with tremendous love for the Church. And it is such a marvel to me that the Catholic Church is so universal that it embraces people of every race, nation, culture, tribe and tongue.

So imagine my shock today as I read the words of one of the most prominent Synod Fathers  who implied that the views and values that our African Synod Fathers have expressed on certain issues will not or have not been listened to (probably by the Synod Fathers from the Western and more wealthy parts of the world).
He also went further to say:

…the questions of Africa we cannot solve. There must be space also for the local bishops’ conferences to solve their problems but I’d say with Africa it’s impossible [for us to solve]. But they should not tell us too much what we have to do.

Reading this interview brought many tears to my eyes and much sadness to my heart because, as an African woman now living in Europe, I am used to having my moral views and values ignored or put down as an "African issue"or an "African view point." I have had people imply that I am not sophisticated or evolved enough in my understanding of human sexuality, homosexuality, marriage, the sanctity of human life from conception, openness to life and so-called "over-population."

So as a result, in many circles, any contributions I make in discussions are placed in second or third rung.
How can Africa stand shoulder to shoulder with other cultures if our views are considered uncouth or uncool by a standard strictly scripted by Western, worldly and wealthy nations?

This is touching and troubling to me but in spite of this unfair reality, I have always been confident that the one place where there is true universality and unity is within the Catholic Church. The one place where the standard is scripted by God Himself through the Scriptures and Magisterium.