Sex and the Synod: What Women Think 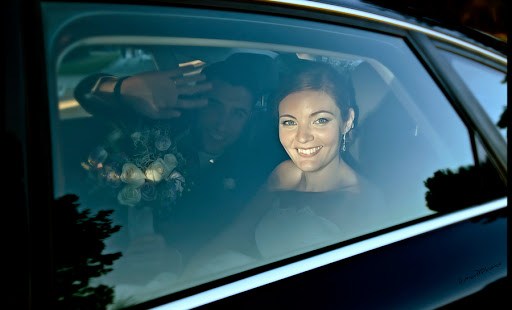 Although the Catholic Church has often faced accusations of waging a war on women, many intelligent, successful, and accomplished women strongly support the Church’s countercultural teaching on marriage, family, and sexuality. Confronted with secular voices falsely depicting the Church’s teaching on sexuality and forces inside the Church pushing the Synod fathers to overturn settled doctrines, women like Prof. Janet Smith, Sr. Anne Flanagan, Maggie Gallagher and others stand firm.

Married Sex and the Synod

Many eyebrows were raised when a lay couple from Australia told the Synod fathers, in explicit terms, how important sexual intercourse was to their marriage. NBC’s Ann Curry characterized this “sex talk” at the Synod as a stunning contradiction of the view within the Church that married sex is only “’an imperfection that is permitted.’” But Theology of the Body expert Prof. Janet Smith explained that Ann Curry got it wrong. If any Catholics have gotten the impression that their religion barely tolerates married sex, “that means they have been taught badly,” said Prof. Smith.

Curry’s stereotype expresses a “reductionistic view of what the Church teaches on sexuality,” agreed Dr. Deborah Savage, professor of philosophy and theology and Director of the Masters Program in Pastoral Ministry at St. Paul Seminary in Minnesota. “The old and somehow lingering perception that the Church thinks sex is bad” is positively “medieval,” she continued. “It made me laugh!” Pre-Cana programs like the Archdiocese of New York’s teach instead that “when two people totally give of  themselves” in free, faithful, and fruitful married love “they image God,” explained Marga Regina, Marriage Preparation Coordinator for the Archdiocese.

These days, it is “unlikely anyone ordained” – particularly the bishops at the Synod – “would not know about the beauty of the marital act and the importance of marriage as a vocation,” stated Dr. Savage.

“The problem is people have convinced themselves that all the Church gives is rules to follow” about sexuality, Savage explained. But particularly through Pope St. John Paul II’s groundbreaking Theology of the Body, the Church offers a complete understanding of what it means to be human, created by God in his image and with the ability to generate new life through the sexual act.

“At least in the United States many bishops have held sessions for their priests on the Theology of the Body and Natural Family Planning. I suspect they are very accustomed to speaking frankly about sexuality,” Prof. Smith opined. Most U.S. seminaries are now doing a good job educating future priests on these topics, according to Smith, who holds the Father Michael J. McGivney Chair of Life Ethics at Sacred Heart Major Seminary in Detroit. “The Institute for Priestly Formation has formed a large portion of the recently ordained and they speak freely about sexuality and provide an excellent formation based on the TOB. The Theology of the Body Institute [also] has first rate programs for priests and laity,” she continued.

John Paul II’s teaching on the Theology of the Body may not be as well known outside our borders, however. “It does seem to me that the Theology of the Body is much better known in the U.S. than in other countries,” Smith pointed out. “The predominance of speakers at international conferences are Americans, though some countries, such as Ireland, Portugal, Australia, some places in India and Africa, have strong programs,” she added.  Moreover, the 2014 Theology of the Body Congress in Philadelphia, where Dr. Savage delivered the keynote address, had attendees from 18 countries. So interest is definitely spreading.