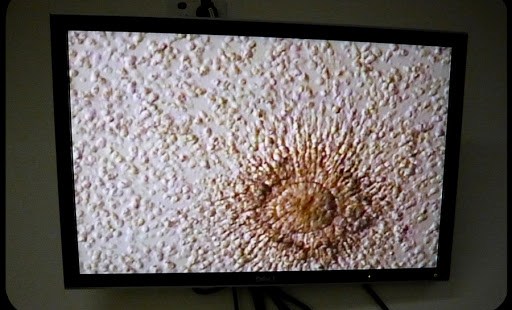 Both the perk and the process can deceive and exploit those it intends to help.

It’s not very romantic, but the idea of egg freezing – preserving one’s eggs for later reproductive use – has a sort of practical appeal. Take my case. My husband and I met when I was 29 years old and, when we married three years later, we spent the better part of my 30s struggling with infertility. So, when the concept surfaces in the news, as it did recently with reports that Facebook and Apple will offer a benefit to cover the costs of their employees’ non-medical egg cryopreservation, I wondered whether I would have been better off had I been able to put away some nice, young eggs to be at my disposal when I finally met my Prince Charming. Sort of like a biological savings account – hoping that in my days of declining fertility, I could rest on the little “nest of eggs” I prudently had saved for myself.

While lauded in some corners as a welcome employment benefit from enlightened employers, paradoxically it perpetuates a bias against women in the workplace. In order to be taken seriously and be competitive professionally, so goes the argument, women must be treated equally to men. This seems obvious, except that equality is interpreted to mean that women should be the same as men – unfettered by the burden of biology. Egg freezing seeks to accomplish this “equality” by allowing the woman to focus on career during her peak fertile years and holding out the promise that her fertility will be available to her when she has achieved professional success and is ready to start a family. Far from promoting authentic equality for women, this view promotes a male-centric view of women that fails to respect their unique gifts and dignity. In the employment context, it means that women who are or desire to be mothers will always be at a disadvantage to men. Erika Bachiochi, author of “Embodied Equality: Debunking Equal Protection Arguments for Abortion Rights,” puts it this way:

If pregnancy and motherhood are understood as burdensome conditions to women – experiences that represent our inability to compete with wombless men – they will never be given the respect and accommodation they deserve.

Rather than focusing on sensible, responsive solutions, such as paid maternity leave, adequate leave time, affordable, quality childcare and flexible employment arrangements, employers who offer benefits such as egg freezing increase the pressure that some women might feel to postpone childbearing to focus on a career. According to New York Times article, “the tech companies emphasized that egg preservation was one of many family-friendly benefits they offered employees.” But, employment benefits can constitute incentives or rewards for certain behaviors, and one message covering egg freezing costs for young women sends is this: if you want to be successful in the workplace, postpone having children.

There are other arguments against the practice of egg freezing – not the least of which is that it doesn’t usually result in babies. The procedure is touted as the future of prolonged fertility for women and yet making babies with frozen eggs has a low success rate (success of implantation is less than 10% when collected under from a woman under 30 and around 4% when collected from a woman over 40). Of course, in order to attempt to conceive and bear children through the use of frozen eggs, it is likely that IVF will be required. This raises all of its serious attendant medical and moral concerns. Jennifer Lahl, of The Center for Bioethics and Culture, has made an extensive case against the practice of egg freezing, arguing that it is prohibitively expensive and that it involves numerous serious health risks, and has convincingly portrayed the devastating exploitation of women for their eggs in the film, “