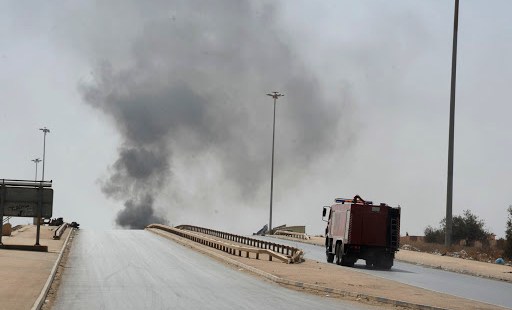 Islamist-allied militias and their rivals continue to clash

BENGHAZI, Libya (AP) — Libyan officials say nearly 100 people have been killed in fighting across Libya between Islamist-allied militias and their rivals over the past week.

Prime Minister Omar al-Hassi — appointed by Islamist-allied militias who took control of the capital, described fighting groups in Benghazi as "brave lions of the revolution." It was his first public statement of support for the militias, which include extremist groups.

He said fighting between rival militias in the western town of Kikla left some 80 dead and forced thousands to flee their homes.

In Benghazi, street battles continued Friday for the third day. A medical official speaking on condition of anonymity said 19 people had been killed since Wednesday.