“Providing for” Homosexual Persons: What Could the Synod Fathers Mean? 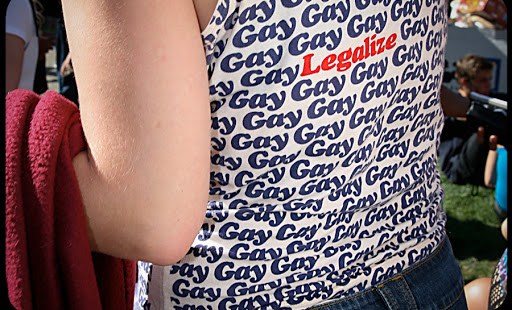 A compassionate approach backed by the findings of medicine and science

The interim report released Monday by the Extraordinary Synod on the Family caused quite a stir over its discussion of persons with same sex attraction (SSA). In the English translation, the section was entitled “Welcoming Homosexual Persons” and was recently revised under the heading “Providing for Homosexual Persons.”

Perhaps more than anything else in the document, this section became the flashpoint for heated debate over widely misunderstood Catholic teachings, which always insist on the equal and inherent dignity of persons with SSA, but at the same time hold that homosexual activity is gravely sinful.

While some wrongly accuse the Church of lacking in compassion, there are abundant reasons – now documented in the social science and medical literature – why true compassion involves helping individuals to be healed from SSA, rather than leaving them at risk for numerous physical and psychological harms.

Confusion also exists over the cause of SSA, whether and how it can be “cured,” the reasons why homosexual activity should be discouraged and how those with SSA can be helped.

Psychiatrist Richard Fitzgibbons, MD summarized the best research on SSA and related issues, along with insights from his 38 years’ experience, in a comprehensive and heavily foot-noted article. With his permission, I have assembled some highlights from this article below concerning causes, the “fluidity” of SSA, gender identity disorder (GID) and approaches for helping children with GID. Please refer to the original for citations to sources.

Are some people born gay?

Today, a consensus exists that there is not a genetic or hormonal origin of homosexuality. A 2008 American Psychological Association publication stated, “no findings have emerged that permit scientists to conclude that sexual orientation is determined by any particular factor or factors. Many think that nature and nurture both play complex roles. …”

If homosexuality were genetically determined, identical male twins would be 100% concordant for this condition. A study from the Australian twin registry found that only 11% of identical twins with SSA had a twin brother who also experienced SSA.

Dr. Laumann’s research at the University of Chicago has shown that “sexual orientation has found to be unstable over time in both males and females.” In another study, Kinnish demonstrated that sexual attraction/orientation is inherently flexible, evolving continuously over the life span and that women demonstrate greater fluidity than men.

The Savin-Williams and Ream 2007 study on the stability of sexual orientation demonstrated that the idea that adolescent same-sex attraction will always become adult same sex attraction is quite incorrect. Data from the large USA ADD-Health survey (Savin-Williams and Ream, 2007) confirm that adolescent homosexuality/bisexuality both in attraction and behaviour undergoes extraordinary change from year to year. Much of this could be experimentation. The changes are overwhelmingly in the direction of heterosexuality, which even at age 16-17 is at least 25 times as stable as bisexuality or homosexuality, whether for men and women. That is, 16-year-olds saying they have an SSA- or Bi- orientation are 25 times more likely to change towards heterosexuality at the age of 17 than those with a heterosexual orientation are likely to change towards bi-sexuality or homosexuality. Seventy-five percent of adolescents who had some initial same-sex attraction between the ages of 17-21 ultimately declared exclusive heterosexuality. Under the most extreme conservative assumptions heterosexuality is still 3x more stable for men and 4x for women.