The No-Fault Divorce Fiasco: The Catholic Church Looked the Other Way 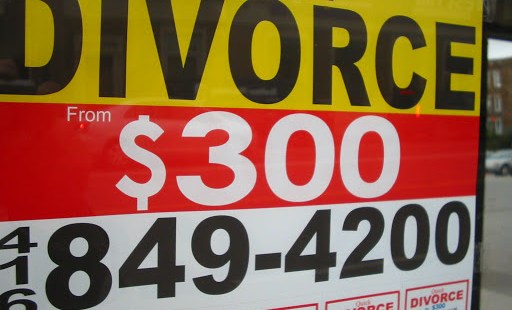 When the Synod of Bishops on the Family first convened, the Catholic Church had a heaven-sent opportunity to atone for one of the biggest failures in modern ecclesiastical history and in so doing to take a major step in resuscitating the Christian faith in the daily lives of millions of people.

The provocative challenge of Cardinal Walter Kasper highlights one of the Church’s (and the churches’) most spectacular lapses in judgment: the refusal to contest the “abolition of marriage” (in Maggie Gallagher’s phrase) that was effected by “no-fault” divorce.

Yet as currently framed, the debate over Cardinal Kasper’s proposals stunningly misses the point. By casting the debate in terms of admitting divorced and remarried persons to communion, the Church appears determined once again to avoid confronting the central evil of the Divorce Revolution, the evil that still taints the Church, along with the family and civic life, and one no stable civilization can tolerate. This is involuntary divorce and the injustice committed against the forcibly divorced or innocent spouse, along with his or her children.

The Cardinal makes no distinction between a spouse who abandons the marriage, commits adultery, divorces unilaterally without recognized grounds (“no-fault”), or otherwise violates the marriage covenant in legally recognized ways, and a spouse who is the victim of such deeds. To treat the sinner and the sinned against as if they are the same is to deny the very concept of justice and to place the Church and other institutions on the side of injustice.

This willful neglect of justice in adjudicating divorce — not the dissolution of households per se — was the vitiating outrage of “no-fault” divorce. By not challenging the state’s claim that it may dissolve marriages without any consideration for the consequences or injustices inflicted on the forcibly divorced, the Church followed the state into the realm of amorality, a realm suited to the aggrandizement of institutional power but fundamentally antithetical to both the Gospel and a free society.

Since this fateful decision, the oxymoron of “no-fault” justice has been gradually poisoning both our culture and the fundamental institutions of our civilization, starting with the family, passing through the Church, and extending to the state machinery, such as the judiciary. Divorce-without-consequences is exacting a devastating toll on our children, our social order, our economic solvency, and our constitutional rights. It has led directly to explosions in cohabitation, illegitimacy, welfare, and crime and to demands for same-sex marriage.

No public debate preceded this ethical bombshell in the 1970s, and none has taken place since. Legislators “were not responding to widespread public pressure but rather acceding to the well-orchestrated lobbying of a few activists,” writes Bryce Christensen. Critically, these are the same sexual ideologues who have since expanded their campaign into a much broader agenda of sexual radicalism: same-sex marriage, abortion-on-demand, sex education, women in combat, homosexuals in the military, Obamacare, and more. Feminists were drafting no-fault divorce laws in the 1940s, which the National Association of Women Lawyers now describes as “the greatest project NAWL has ever undertaken.”

The result effectively abolished marriage as a legal contract. Today it is not possible to form a binding agreement to create a family.

The new laws did not stop at removing the requirement of citing grounds for a divorce, to allow divorce by mutual consent, as deceptively advertised at the time. Instead they created unilateral and involuntary divorce, so that one spouse may dissolve a marriage without any agreement or fault by the other. Moreover, the spouse who abrogates the marriage contract incurs no liability for the costs or consequences, creating a unique and unprecedented legal anomaly. “In all other areas of contract law those who break a contract are expected to compensate their partner,” writes Robert Whelan of London’s Institute of Economic Affairs, “but under a system of ‘no fault’ divorce, this essential element of contract law is abrogated.”