Susan G. Komen Race for the Cure Contributes to Deception about Breast Cancer 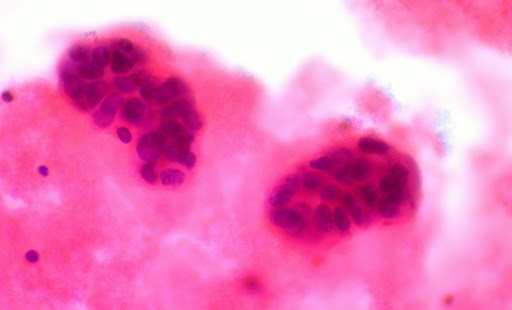 The article illustrates that Komen’s moral problems are really two-fold. They arise from Komen’s complete surrender to the unbending demands of secular society’s politically correct, civil religion that insists the sexual revolution must continue, regardless of the costs to human life.

In late January of 2012, when Komen decided it would stop giving grants to Planned Parenthood, it folded within only three days, after the abortion giant exercised its political muscle by subjecting the charity to its bullying tactics.[2]

The other half of Komen’s (and other cancer groups’) moral deficiency has to do with its failure to warn women on a timely basis about breast cancer risks associated with induced abortion and use of steroids, i.e. the birth control pill —also known as combined (estrogen plus progestin) oral contraceptives — and combined hormone replacement therapy (HRT) used for menopausal symptoms.

SGK denies the abortion-breast cancer (ABC) link, although delayed first full term pregnancy, small family size, childlessness and little or no breastfeeding are listed as proven risk factors for the disease in standard medical texts. There is nothing charitable about misleading women about deadly health risks.

Two lists of epidemiological studies on the ABC link are available on our website, but not on Komen’s website. To give our readers a sense of the impact that this link is expected to have on women, our science adviser, Professor Joel Brind (Baruch College, City University of New York) reported to us in June, 2014 that:

Since 2007, there have been published, for example, 17 studies in Asia in addition to those 36 Chinese studies summarized by (Dr. Yubei Huang and his colleagues in 2013). All 17 show increased risk, one as high as 20-fold, with an average risk increase exceeding fourfold. Just the recent data alone is totally compelling. … At this rate, the abortion-breast cancer link will kill millions in India and China alone. (emphasis added)

Evidence supporting a link between the pill and breast cancer dates from at least 1975, when Fasal and Paffenbarger reported that users of the pill for 2-4 years significantly increased their breast cancer risk by 1.9 times. If they were still using the pill when they entered the study, the 2-4 year users’ risk elevation climbed to 2.5-fold.[3]

Concerns about a pill-breast cancer link were discussed in the "British Medical Journal" as early as 1964 when a physician, J.J. Shipman, wrote a letter to the journal about patients who’d been taking the pill and later developed the disease.[5] Another correspondent responded in his letter that health authorities had been concerned about a possible connection between use of estrogens and breast cancer since approximately 1939.[6]

Evidence for the HRT-breast cancer link dates from 1987 when Hunt’s team found that “Breast cancer incidence was also significantly increased” by 1.59 times in users of menopausal therapy.[7]

Mills’ team reported in a 1989 study in the journal "Cancer" a statistically significant 1.69-fold risk increase among HRT users.[8]

In their 1988 study published in the "European Journal of Cancer and Clinical Oncology," T.J. Key and M.C. Pike explained that women reduce their breast cancer risk when they go into menopause at a young age. That because the ovaries decrease their production of estrogen and progesterone.[9] These are hormones are known to stimulate the division of breast cells. The authors reasoned that:

The protective effect of early menopause shows that ovarian hormones increase the risk of breast cancer: it is likely that this is because they stimulate breast cell division.[9]

So it made sound biological sense that HRT use would raise breast cancer risk. When physicians prescribed HRT to women who’d entered menopause at a young age, they deprived their patients of the risk-reducing effect of early menopause.