Author Katha Pollitt Claims “Abortion is Part of Being a Mother” 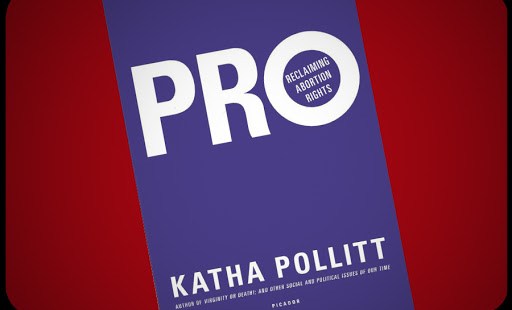 Over the past week multiple media outlets have covered the recently published book by Katha Pollitt, “Pro: Reclaiming Abortion Rights.” An October 16th excerpt, penned by Ms. Pollitt in the Huffington Post, is entitled “The Abortion Conversation We Need to Have.”

Webster defines “conversation” as an oral exchange of sentiments, observations, opinions, or ideas. Sadly, Ms. Pollitt’s excerpt, and I suspect the rest of her book as well, reads nothing like a conversation and very much like an attempt to convince society to go along with her agenda. There is no honest exchange of ideas in which she fairly presents pro-life arguments before skewering them.

Ms. Pollitt tells us,” We need to talk about ending a pregnancy as a common, even normal, event in the reproductive lives of women.” But it is not "normal," regardless of its frequency, and no amount of writing or talking will ever make it so. That is why abortion continues to be such a controversial issue. She tries to justify her position by stating abortions occur worldwide and throughout history. So have rape and murder, but simply because an action is widespread does not make it normal or acceptable.

The persistent lie that legal abortion is "safe" is also shown to be false by the many women who are harmed by abortion physically, emotionally and spiritually. And scores, perhaps hundreds, of maternal deaths have also occurred since the legalization of abortion in 1973.

The distorted thinking surrounding this piece speaks to the desperation of the abortion lobby, Their attempts to delude people into thinking that abortion is both necessary and “as moral a decision as the decision to have a child” is, fortunately, not likely to resonate with most people.

Her rationalizations are extremist: she tells us abortion is “part of being a mother and of caring for children, because caring for children is knowing when it’s not a good idea to bring them into the world.” If a woman is pregnant, she is already a mother and her child is already in the world. Does she even hear what she’s saying? Part of being a mother is to NOT be a mother by doing the most unmaternal act of having one’s child eliminated? Caring for children consists in killing them? And if it’s not a good idea for them to be in the world and this decision is solely the mothers’, why stop at birth?

Bu the larger problem Ms. Pollitt has in her one-sided conversation on how great abortion rights are, is that countless numbers of women who have experienced abortion know this is not true. They already succumbed to the language of rights and personal choice and "get on with your life" only to find out the hard way that it was all a bunch of lies. These women are suffering, looking for healing and peace. And many who’ve found healing through the mercy of Jesus Christ and the ministry of the Church are now reaching out to others who are lost and silently suffering in silence, so that they, too, can find peace.

Ms. Pollitt’s premise is dead wrong: Abortion is anything but normal. It is in a mother’s nature to do anything to protect one’s children. And few can participate in taking of the life of their own children without profound repercussions.

There is room for agreement on a few points, although we differ on how to address the issue. She speaks, for example, of male partners who threaten or use violence to control a woman’s contraception or pregnancy outcome – forcing them to become pregnant. Is it possible that she is unaware of all the women who have been abused, beaten or murdered by the father of their baby for choosing to bring their pregnancies to term?

I also agree that more resources for single moms are needed. That is why we have places like Good Counsel Homes that assist mothers to care for their children and help them get the parenting and the jobs skills they need to provide for their families.

Neither Ms. Pollitt’s callous book nor the shallow media coverage it generates, are likely to convince people that abortion is a wonderful thing. And they can never bring healing or peace to those who already know better through personal experience.

Theresa Bonopartisis the director of the post-abortion healing program Lumina and co-developer of the “Entering Canaan” post abortion ministry model.