Clinics Say Not Best Place to Check for Ebola 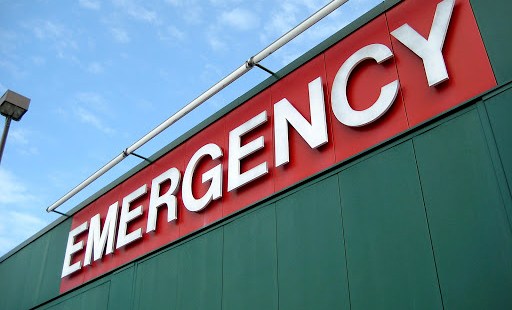 When a Dallas County sheriff’s deputy who had entered the apartment of the first patient to die from Ebola in the U.S. started feeling ill himself, he didn’t rush to the nearest hospital. He chose an urgent-care clinic.

So did a man who recently traveled to West Africa and was complaining of flu-like symptoms, prompting the suburban Boston urgent-care practice where he went to briefly shut down last week.

The deadly virus’ arrival in the U.S. has put the spotlight on weak spots in American hospitals, but those facilities are not the only ones who have suddenly found themselves on the front lines against Ebola.

Urgent-care clinics for many people have become de facto emergency rooms. They are not, however, equipped like hospitals to treat serious illnesses, such as Ebola, nor do they have isolation units.

Clinics are urging potential patients to get checked for the highly contagious virus at a hospital.

Given the problems at the Texas hospital, where Thomas Eric Duncan died and two nurses have been diagnosed with the virus, an Ebola case could have posed even greater problems at a clinic or smaller hospital, experts say.

"That would be an even less controlled situation," said Dr. David Weber, an epidemiologist at the University of North Carolina’s hospital. "The likelihood for that is so remote that they may never have thought about that."

Still, clinics are preparing staff in case someone with Ebola does walk in. They are distributing protective gear and quickly trying to get up to speed on the best protocols to teach their health providers.

Dr. William Gluckman of the Urgent Care Association of America, which represents more than 2,600 clinics, said the facilities want anyone who suspects they may have contracted Ebola to go to a hospital emergency department.

The Urgent Care Association of America sent emails to its roughly 6,400 members asking them to spread that message.

One of the fastest growing segments of the U.S. health care industry with more than 9,000 clinics, urgent care is designed to treat as many patients as quickly as possible for minor illnesses, like the flu or a sliced finger.

But people are increasingly using them for any emergency to avoid the costs, long waits and crowds at hospitals.

"I think patients have a difficult time deciding where they need to go for care, so sometimes we’ll see someone come in suffering from an acute heart attack or stroke, but urgent care shouldn’t be the place to go for that," said Gluckman, who owns FastER urgent care clinic in Morris Plains, New Jersey.

MedExpress — which has 138 clinics in 11 states — said its employees have been told to encourage patients with flu-like symptoms who have been in West Africa or in contact with someone infected with Ebola to go to a hospital.

The Centers for Disease Control and Prevention says Ebola isn’t contagious until symptoms appear. Ebola isn’t spread through the air like the flu; people catch it by direct contact with a sick person’s bodily fluids, such as blood or vomit.

If that person has a fever, headache or other flu-like symptoms and has been in an Ebola hot spot, clinics have been told to isolate them in a single room, Gluckman said. The clinic should call public health officials and contact a hospital to transport them there as quickly as possible, per CDC guidelines.

Patients at the urgent care clinic in Frisco, a suburb north of Dallas, were held briefly after Dallas County sheriff’s deputy Sgt. Michael Monning went there with flu-like symptoms. Monning had entered Duncan’s apartment but had no direct contact with him.