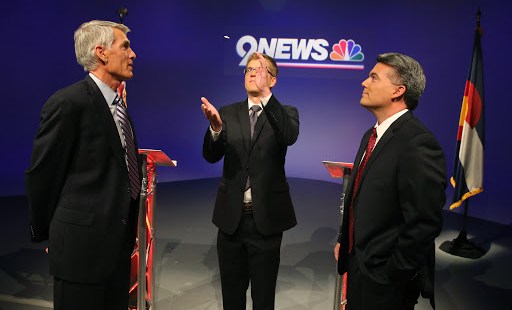 Republican Gardner’s chances have improved in race for Senate

WASHINGTON – The United States does not hold national referendums, but if the country were to hold a federal ballot initiative on abortion, it might do so in Colorado. The state’s U.S. Senate race has served as a proxy for a national vote on the controversial cultural issue.

In April, a Udall campaign ad noted that Gardner supported legislation to add language to the Colorado constitution that would define a fertilized human egg as a person. “It comes down to respect for women and our lives, so Congressman Gardner’s support for harsh anti-abortion laws is disturbing,” a female narrator said.

Last month, a Udall commercial ridiculed Gardner’s support of a federal bill that would define human life as beginning at conception. “No one can blame you for checking a calendar to remind yourself. Yep, it really is 2014,” Udall said to the camera. “So how is it that we’re still debating a woman’s access to abortion and contraception?”

The relentlessness of Udall’s ad campaign against Gardner is unusual, but Udall’s criticism is not. Coloradans heard a similar line of attack four years ago.

Sen. Michael Bennet, a Democrat, blasted Ken Buck, the Republican nominee, for supporting legislation to ban abortion in cases of rape and incest. Bennet faced obstacles in his race. He was appointed to his position in 2009, and Republicans voters were more motivated to vote in the mid-term election than Democrats. But his attacks helped undermine Buck’s credibility with the state’s female voters, who supported Bennet by a 56-to-40 percent margin, according to exit polls. Bennet eked out a 0.9 percentage-point victory.

In the spring, Udall’s line of attack struck neutral political observers as a smart strategy. The Colorado electorate voted on personhood ballot initiatives in 2008 and 2010, and both times fewer than three in 10 voters voted for the measure. Congressional aides to Colorado Republicans disclosed to reporters on background their fears that Udall’s strategy would sink Gardner.

But Gardner recalibrated his position on artificial birth control. He endorsed legislation to sell oral contraceptives over the counter rather than through prescription. “Too many Democrats prefer to attack Republicans on the issue of contraception rather than actually make contraception more available and affordable and too many Republicans are afraid to break the mold,” Gardner wrote in an op-ed that appeared on June 19 in The Denver Post, the state’s largest paper. “Instead of accusing me falsely, Sen. Udall should stop using the debate over women’s medical care for his own political benefit and instead work with me to pursue health policies that make health care cheaper and easier for Colorado women.”

On October 10, The Denver Post criticized Udall’s strategyas cynical. “Rather than run on his record, Udall’s campaign has devoted a shocking amount of energy and money trying to convince voters that Gardner seeks to outlaw birth control despite the congressman’s call for over-the-counter sales of contraceptives. Udall is trying to frighten voters rather than inspire them with a hopeful vision. His obnoxious one-issue campaign is an insult to those he seeks to convince,” the editorial board wrote.