Lessons from the Synod: Hard Cases Make for Bad Law 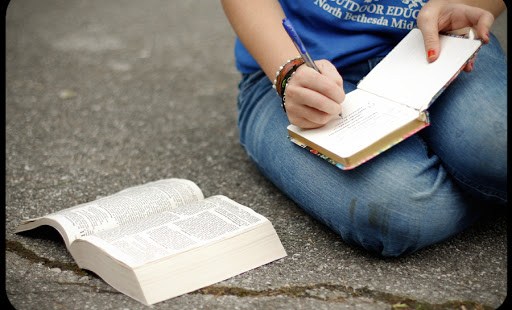 Our youth lack catechesis, not compassion.

The Synod on the Family has closed, at least for the time being. It has occasioned much angst, but in the end, the Holy Spirit has again protected the Church from catastrophe. All the more disturbing portions of the Synod’s preliminary notes have been removed from the final documents. Life goes on.

Have we reached any useful conclusions about Catholic marriage and family life? Perhaps so, though most of them have been negative. A number of reflective members of Catholic media (including R. R. Reno, Fr. Mark Pilon, and Aleteia’s own Susan Wills) have already made some astute comments about things that will not help revitalize our Catholic marriage culture. For example, it will not help to initiate a wave of “dialogue,” targeted to ensure that people don’t feel bad about disregarding the Church’s teachings. It will not help to try to cut through the painful details of a million different irregular family situations, by issuing committee-authored top-down directives to be more “pastoral.” It will not help to pretend like Christian marriage can be made easy and uniformly pleasant.

Writing at The Guardian, Austen Ivereigh has suggested that the Synod is moving the Church in a more fruitful direction by bringing the language of the pastoral into its formal deliberations and teachings. As Ivereigh points out, individual pastors have long been engaged in the day to day work of working through the sensitive details of  difficult personal situations, offering encouragement and advice and the grace of the Sacraments for those who can and will receive them. On an institutional level, however, Rome appears impassive and pedantic, focused on doctrinal clarity and not on compassion. Pope Francis, Ivereigh thinks, is helping to change that by investing the Holy See more directly in the work of ministering to troubled souls.

This seems like a fair reading of the Holy Father’s inclinations. Pope Francis has an obvious zeal for reaching out to the most afflicted. Most famously, we find this reflected in his evocative analogy to a military hospital in which the desperately wounded find treatment. The Church, in his view, must be that hospital, where people mired in sin and hurt can find succor and healing.

Turning specifically to the issue of the family, however, we now encounter a question. Is it possible to do this on an institutional level? Desperate cases generally require significant personal attention. They cannot be handled en masse by the Holy See. And the intense focus on reaching out to the fallen has already caused much angst throughout the Catholic world; as the saying goes, hard cases make for bad law. Might it not actually be appropriate for pastors and the laity to see to the individual work of caring for troubled souls, while Rome provides the support they need to speak the truth with confidence?  On an institutional level, perhaps there should be less focus on triage, and more focus on developing a wellness plan.

Truthfully, a wellness plan is sorely needed. We need to do a better job of transmitting the faith to young Catholics, so we can reduce the chance that they will end up as spiritual “amputees.”

And indeed, it is possible to do better, even in a culture that scorns Catholic teaching on sex and marriage. I reflected on this a few weeks ago, recalling my discomfiture sixteen years ago when I encountered Catholicism for the first time as a starting freshman at Notre Dame. As a young Mormon, I had been given a lot of no-nonsense instruction in sexual ethics. Having heard much about the rigor of Catholic teachings on these subjects, I naturally expected my classmates to share my sincere belief that fornication was wrong, that sex ought to be reserved for marriage, and that marriage should be ordered towards procreation. Some did. But I was shocked by the number who dismissed these teachings, or even ridiculed them. If my college classmates were at all representative, I would say that the Mormons did a better job of preparing me for Catholic marriage than many Catholic parishes would have done.