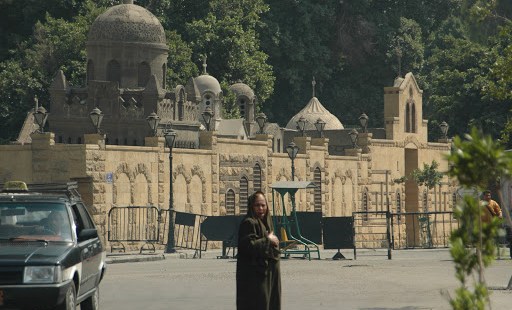 The Muslim Brotherhood-dominated government has been unseated and Egyptian Christians are breathing easier. At the time of the fall of that government in the summer of 2013, Father Rafik Greiche, head of the press office of the Egyptian Catholic Bishops’ Conference, said: “The ousting of President Morsi is a joyous day for Christians.”

In August 2013 churches were burning in Egypt when Islamists took revenge for the overthrow of President Morsi. What is the situation of Christians under the leadership of President Abdel-Fattah El-Sisi?

The mood has improved considerably. The security situation is getting better. There is greater stability. All Egyptians are enthusiastic about economic projects such as the extension of the Suez Canal. Christians feel a lot safer. They are going to church without feeling threatened as they did under President Morsi. Under the Muslim Brotherhood Molotov cocktails were hurled at churches or graffiti was sprayed on the walls. In all, a more peaceful atmosphere is being created.

Are there no more Islamist attacks against Christians?

The number of acts of aggression has fallen to a low level, a minimum. Sometimes there are still interreligious tensions in some villages. It still happens that jihadists abduct Christian girls. But the situation has nevertheless improved considerably. The problems that exist are only a fraction of those that Christians experienced under Morsi. That does not mean that there are no incidents whatsoever. There continue to be Muslim-Christian difficulties of the kind we have been familiar with for more than 30 or 40 years.

Is President Sisi receptive to the problems of Christians?

He has received all the bishops and leaders from the Orthodox, Catholic and Protestant Churches. He told them that Christians have every right to have their churches and to pray. His government is working with the Churches to prepare a law governing the construction of churches. This is one of our most urgent problems here in Egypt—to-date it has been very difficult to build a new church. This draft envisages that Christian symbols such as crucifixes and bells may be mounted visibly on the exterior. The proposed law will also stipulate that the construction of new places of worship is no longer subject to the approval of state security authorities.

The president himself will no longer himself have to grant permission to build a new church; instead this will be the responsibility of the provincial governor. If the latter has no objections after a period of 60 days after a proposal is submitted, the work can proceed. However, this new legislation is in limbo, as the country currently has no Parliament that could pass such a law. Elections are due to take place at year’s end.

Will Islamists again play a major role in the new Parliament?

Yes, I’m afraid so. The problem is that the civilian parties are very weak and lacking direction. They also don’t have much backing. The Islamists will probably not have a majority, but they could form a substantial minority that is capable of upholding or delaying the passing of legislation.

In Syria and Iraq Christians face the horrors of ISIS. Do Egyptian Christians also feel threatened by Islamic extremists from abroad?

We also feel under threat, if obviously not in the same way as the Christians in Iraq and Syria. We are afraid of the jihadists based in neighboring Libya, who are sending weaponry into Egypt. There are also jihadists on the Sinai Peninsula.