I’d Like to Tell the 2015 Synod Fathers about my Friend, Pete 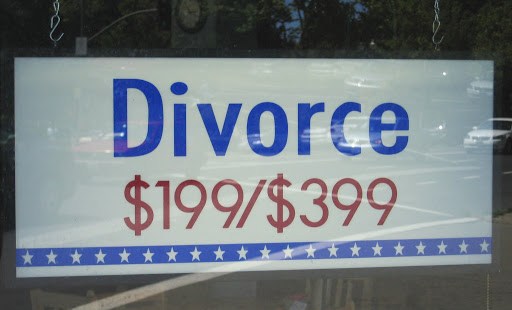 Pete’s wife divorced him against his wishes; what does that make him?

Here’s what I would like the Synod Fathers, this year’s and next year’s, to think about. I’d like them to think about my friend, Pete. (I have permission to relate this story.)

Pete’s an old friend, active in his parish, as generous a man as you can ever hope to meet. About four years ago, after 30 years of marriage, his wife walked out on him. He was devastated. “Father, I wouldn’t wish this pain on my worst enemy.”

After the civil divorce was finalized, relatives and friends, many of them self-identified Catholics, told Pete to take off his wedding band and “move on.” Their advice, in various forms, came down to this: “She’s never coming back. Your marriage is over. There are other fish in the sea. God wants you to be happy. There’s no point to your suffering.”

Pete, to his credit, didn’t listen to them. He pointed to his ring, and told them all, “I’m a married man. We knew what we were doing on our wedding day. We knew what we promised to each other and to God; we knew what God had promised to us.” Pete immersed himself in the sacraments. He cannot live without Eucharistic Adoration, the Rosary and the Divine Mercy. “I will not stop praying for the restoration of my family until the day I die.” Because I know Pete so well, I believe him.

I’m proud of Pete because of his readiness to pay the price for his costly fidelity. I’m proud of him because of the legacy he is forging for his minor children. Years from now, his kids will be able to tell their own kids, “When life hit Grandpa hard, he didn’t give up on Grandma, and he didn’t give up on Christ. He took up his cross and followed Christ until the very end. You can’t fake following Christ that way. Grandpa carried his cross every day.” What a great legacy he will leave to his children and grandchildren! What dignity in his quiet daily suffering! What generosity in his humble daily hope!

I wonder what some folks in and around the Synod might say to Pete. Could it be that some would say: “Pete, lighten up! Why so serious? God doesn’t expect this of you! God cannot be enough for your heart. Why expect so much from God’s grace? You cannot live this way until the day you die! Why won’t you do what’s necessary to be happy? Why not make the best of a bad situation, the way so many others have?”

I’m sure Pete would answer: “But I know what we promised and I know what God promised; God is faithful so I must be faithful. And God is helping me to be faithful!”

As I’ve read the storm of words surrounding the synod, I can’t help but believe that at least some folks would find Pete to be, if not quite a fool, at least embarrassing. I recall the anointing at Bethany in Mark 14:4 (“Some of those present were saying indignantly to one another, “Why this waste…?”) Could they tell Pete that his costly fidelity is an unnecessary extravagance? Pete would say that he had only done his duty (Luke 17:10); and he would insist that he is a better man for it. He knows that when God reveals His will, He provides for the grace for His will be lived – to all who would ask for such grace. Pete knows that God revealed that as a married man Pete must remain faithful until death. He’s asked for that grace – and he’s been receiving it.

Still, it pains Pete to hear the urgings of well-meaning friends, and to read many opinions swirling about and between the synods