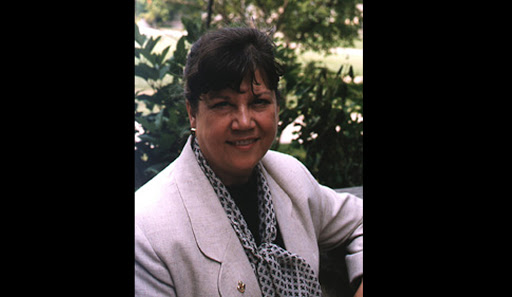 Helen Hull Hitchcock, founding director of Women for Faith and Family, passed away due to complications from a burst aneurysm on Oct. 20, 2014, at the age of 75. A staunch advocate for the voice of women faithful to Catholic teaching in the Church, Hitchcock was regarded as one of the most influential Catholic laywomen in the past thirty years.

She founded Women for Faith and Family soon after becoming Catholic in 1984, in the midst of vehement protests lobbed at the U.S. bishops from feminists.

“Helen didn’t sit around and complain about the problems in the Church. She took action,” said Bob Laird, vice president of program development for The Cardinal Newman Society.

“As negative criticism of faithful bishops and cries for change from feminist extremists intensified, Helen saw a need for faithful Catholic women to publicly defend and uphold Church teachings,” Laird said. “Through Women for Faith and Family, she awakened the voices of faithful Catholic women. We are so thankful for her gifts to the Church and encourage our members to pray for the peaceful repose of her soul.”

The goal of WFF is, according to its website:

Mary Shivanandan, a former faculty member at the Pontifical John Paul II Institute for Studies on Marriage and Family at The Catholic University of America, who knew Hitchcock well, reportedly said:

“In the midst of an increasingly secular culture and a strident feminism… Helen embodied the true ‘woman’s genius’ of John Paul II by bringing to bear her feminine gifts to the pressing problems of our day without compromising her role as wife, mother and grandmother. Not only by her words, but also by her witness, Helen was and will continue to be an inspiration to Catholic women.”

Hitchcock was also the editor of the "Adoremus Bulletin" and worked strenuously for a renewal of the Sacred Liturgy.
Helen Hull Hitchcock leaves behind a husband, the noted Catholic author and professor Dr. James Hitchcock, four daughters and six grandchildren. The funeral Mass will take place at St. Roch’s Church in St.Louis, Mo., at 10 a.m. on Monday, October 27.

Prayers for Helen can be found here on the Women for Faith and Family website.

Justin Petrisek is an editor with The Cardinal Newman Society. This article originally appeared in their publication "Catholic Education Daily" and is reprinted here with permission.