Misconceptions about Death, Angels and the Day of the Dead 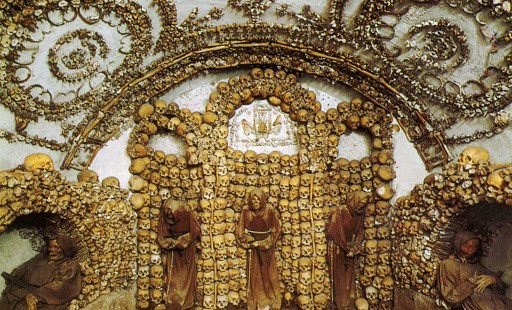 Celebrating death can be a path to holiness

I’ve been intrigued by how much interest there is in angels in the world today, especially from the secular world. In fact a 2011 poll found that 77% of Americans believe in angels. This is somewhat surprising considering that there are a growing number of people that don’t believe in God today. Sadly enough, angels are often misunderstood. In doing some recent personal research on angels, I was shocked to see how many erroneous books are found on the shelves of bookstores and libraries.

There has certainly been a surging interest in our celestial friends, but this is perhaps because they are seen as a less threatening idea of heaven than God, Saints, or even death.

Death Doesn’t Produce Angels
It is common to hear a recently deceased person called an angel, but this is impossible. The death of a human never produces an angel because the two are completely different beings. Angels were created before any other living thing, and wonderfully assist in the glorious works of God. Humans have the terrific blessing of participating in salvation in different and more physical way.

Even though the Angels were created as more powerful beings and higher than us, Jesus still lowered Himself to become a man instead of an angel. This was such an insult to some of the angels that they refused to serve and were separated into the realm of hell.

Humans and angels are so intrinsically different that it is somewhat odd how the tradition came about of thinking people die and earn wings. While the movie "City of Angels" was mistaken about many aspects concerning angels, it did strongly emphasize that humans and angels are different entities. Sadly, this concept hasn’t caught on, but at least none of the other inaccuracies about angels have either.

I think that for some, it is a way of hoping that the ones we love who have died are no longer in a place of suffering and have passed through the gates of heaven. This sentiment is genuine and comes with good intentions, but if they have entered into heaven, the reality is even better than the stories and they are what they were created to be — saints.

One of the most difficult things about this is that people’s thoughts about angels are often shared in times of grief and pain, which is an awkward time to correct someone of mistaken understandings of the faith. I am hoping that by talking more about the reality of death — not just during the most difficult times — we can learn how to speak correctly of the faithfully departed.

Dia de los Muertos
Here in Austin, Texas, and in many other places, it is increasingly common to hear about Dia de los Muertos (Day of the Dead). As this celebration moves into the mainstream it is often confused with the secular celebrations of Halloween in the United States. While there is a very long history of natives from Mexico celebrating their ancestors through a month-long celebration, the authentic celebration of Dia de los Muertos is Catholic at its heart.

Many of those that try to dismiss this fact, also try to ignore how deeply entrenched contemporary Mexican culture is in the tradition of the Church. The official Day of the Dead is recognized by the Catholic Church as the universal feast of All Souls Day celebrated on November 2. Unlike the pagan understanding of death, we know that our loved ones need prayers and we need their intercession for their journey toward heaven. On this day the Church raises our departed loved ones to the altar to offer prayers of atonement and remembrance.

After the dramatic separation of the soul from the body, we believe that souls require cleansing of the sins they cling to at the moment of death through the process of purgation. Some of us need more than others, but because the soul separates from the body, it exists outside of time as we know it. This is why we continue to pray for our loved ones for years after our their death.