Msgr. Lorenzo Albacete, Friend of Prelates and Witness to Dictators, Dies at 73 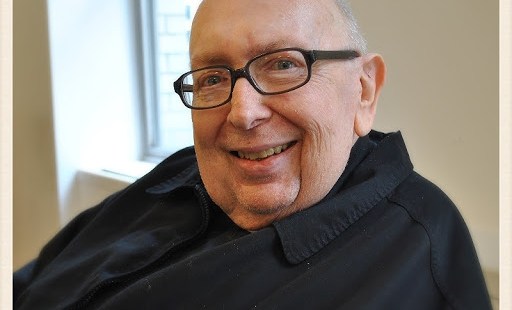 A chance encounter with Pope Paul VI led to his priesthood

Msgr. Lorenzo Albacete, a noted priest, theologian, lecturer, author and television personality, died Friday in Dobbs Ferry, NY, according to the Crossroads Cultural Center, with which he was affiliated.

Msgr. Albacete was a friend of Pope John Paul II, a frequent columnist in the New York Times, and the author of an acclaimed 2002 book, God at the Ritz.

Born in San Juan, Puerto Rico on January 7, 1941. He moved to Washington DC to study at the Catholic University of America, where he obtained a degree in Space Science and Applied Physics. His scientific studies caused him to search for the roots and meaning of life and existence.

A chance encounter with Blessed Paul VI led to his vocation to the priesthood, of which he had no serious thoughts previously. While traveling with a group in Colombia during the Pope’s visit, he appeared with a group of priests in order to meet the Pontiff.

When the Pope came to him, Lorenzo confessed that he actually wasn’t a priest. The Pope looked at him and said, “Maybe you should think of becoming one.” This encounter led him to study for the Archdiocese of Washington at Washington Theological Seminary, earning a Master’s Degree in Sacred Theology from Catholic University.

Ordained in 1972 for the Archdiocese of Washington, he served as a parochial vicar and then became secretary to Cardinal William Baum, Archbishop of Washington, as well as advisor to his successor, Cardinal James Hickey. In this capacity he had, as his duties, the responsibility of hosting a Polish cardinal who was visiting Washington. The two soon discovered they had a great deal in common, including an interest in theater, poetry and science. Father Albacete asked the cardinal what was the proper theological language in which to speak about the love of God.

“Poetry,” he answered. “When you tell your girlfriend you love her, you send her a poetic love note, not a math equation.”

A deep friendship grew from this encounter and continued when the cardinal, Karol Wojtyla, was elected Pope John Paul II.

Father Albacete received his doctorate in Sacred Theology from the Pontifical University of St. Thomas in Rome, in 1983. In 1987 he was the co-founder and a professor at the Pontifical John Paul II Institute for Studies on Marriage and Family at Catholic University in Washington. He was an advisor on Hispanic Affairs for the US Conference of Catholic Bishops and the Northeast Hispanic Catholic Center.

From 1996 to 1997 he served as president of the Catholic University of Puerto Rico in Ponce. Invited by John Cardinal O’Connor, Archbishop of New York, he taught at St. Joseph’s Seminary in Yonkers, NY. He became the spiritual advisor to the ecclesiastical lay movement, Communion and Liberation.

He was a columnist for The New York Times, The New Yorker, Slate, and The New Republic and was a frequent guest on CNN, PBS, The Charlie Rose Show and EWTN.

In 1997, Helen Whitney invited him to be a consultant for a documentary that she was producing for the PBS show Frontline that dealt with the challenges to contemporary culture in the teachings of St. John Paul II. Afterwards at the Ritz Carlton Hotel in Pasadena, CA, he was approached by several critics and journalists with questions, not just about the Pope, but about faith, life and death, good and evil, science, religion and politics. This led to his 2002 book, God
at the Ritz, subtitled: “Attraction to Infinity. A Priest-Physicist talks about Science, Sex, Politics, and Religion.”

Msgr. Albacete’s simple and clear way of “explaining” Jesus Christ attracted both ordinary people (particularly those with doubts and agnostics) and prominent figures he met. In 1998, he