Some Drug Companies are Making a Real Killing from Contraceptives 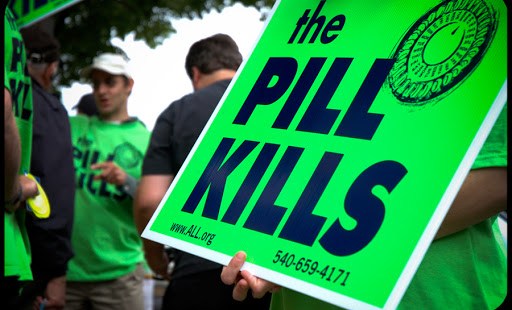 Let’s get the conversation started about the dangers of hormonal contraceptives.

Ever since the debate began over the Affordable Care Act’s contraceptive mandate, public commentaries have focused on how badly women “need” free contraceptives on one hand and how the mandate violates the religious freedom of objecting organizations on the other.

People naturally assume that any drug or vaccine approved by the federal Food and Drug Administration (FDA) has been found safe, or at least that its benefits in preventing or curing a disease or condition vastly outweigh any health risks to the patient. Of course, we know that some drugs are later pulled from the market after cases of life-threatening and fatal side effects have accumulated.

Former FDA Commissioner David Kessler, MD suggested several factors that could explain why dangerous drugs and devices get approved and remain on market while patients are dying from side effects.

Second, physicians often fail to attribute a patient’s health problems to the drug they are taking because they have little exposure to pharmacology in medical school.

Third, there is no “culture” in U.S. medical practice of reporting drug side effects to the FDA or to the manufacturer. As a result, only about one percent of drug- or device-related adverse events are reported to the FDA, according to a study Dr. Kessler cites. For these reasons, the magnitude of the dangers are not recognized early enough to prevent fatalities and near-fatalities.

Some commentators have also suggested that in recent decades, top FDA employees may be particularly “friendly” to pharmaceutical interests, and employees who raise safety concerns are pressured to approve a drug anyway. Some of those involved in approvals had recently joined the FDA, coming from the very manufacturers of the drugs/vaccines under review. Others, like Dr. Julie Gerberding, for example, who headed the Centers for Disease Control and Prevention (CDC) from 2002-2009 when Gardasil was fast-tracked and approved and when she later was in charge of adverse event oversight, became President of Merck Vaccines (including the cash cow Gardasil) in 2010.

To open the conversation on contraceptive drug safety, I’d like to mention just four of the highly touted contraceptive drug/device innovations approved since 2000 that have turned out to be miserable, dangerous and/or lethal for the girls and women who have used them.

Yaz/Yasmin, two of Bayer Pharmaceutical’s combined oral contraceptives, were introduced in 2006. The type of progestin used in Yaz and Yasmin, drospirenone, has been found in five large studies to significantly increase the risks of venous thromboembolism (VTE) or blood clots, that can lead to stroke, heart attack or pulmonary embolism.

A 2009 study by A. Vlieg et al. in the “British Medical Journal” (BMJ) reported that (1) combined oral contraceptives with 3rd generation progestins increased the risk of VTE fivefold compared to the risk for non-users of COCs, and (2) drospirenone increased such risk by 6.3 times compared to that of non-users.

In the United States alone, there have been about 100 known deaths, almost 12,000 lawsuits on behalf of U.S. patients, now consolidated in Multidistrict litigation in the federal district court (SD-IL).